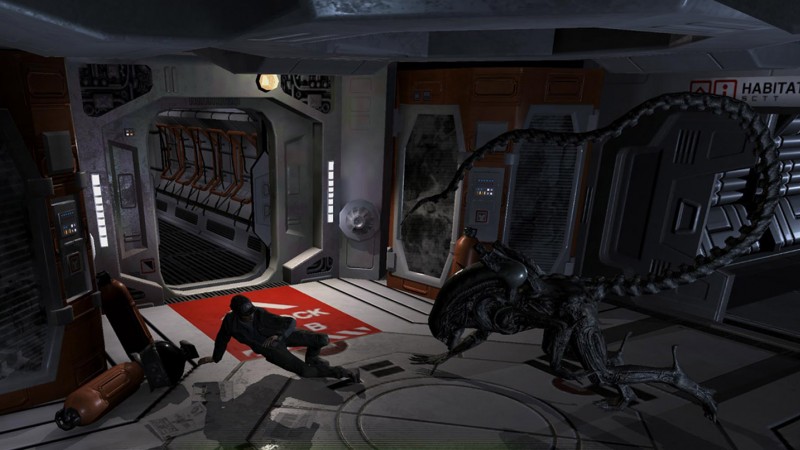 Warning, extreme and graphic violence ahead!

Beat Saber may have been the top selling virtual reality game of 2018, but the coveted title of Christmas number one actually went to a brutally violent sword, archery and magical hack and slash called Blade and Sorcery . As I write this at the end of January 2019 it’s still the number two selling VR game on Steam and has over 1000 positive reviews, incredible when you consider the game only released on the 15th December, less than two months ago.

So what is the fascination with this title, and why was it so eagerly anticipated, after all, sword games are pretty common in VR? The answer is to be found in this title’s realistic implementation of physics.

In game physics might not sound the most exciting topic so to demonstrate why it’s important let’s compare the two short video clips below. First up, Skyrim VR, possibly the greatest virtual reality experience you can have, an epic mix of adventure, storyline and exploration. Combat though is a bit ‘meh’. Archery is fun, but swords? Not the most thrilling experience as this video demonstrates…

It gets the job done, and Skyrim is so much more than just sword fighting that it doesn’t detract from the rest of the game. But with real physics, like in Blade and Sorcery, combat can be like this…

I know right!!! The first time I saw this trailer I giggled like a 14 year old schoolboy in anticipation, and evidently I wasn’t alone, this game shot to the top of the Steam VR charts and became the most talked about game not called Beat Saber available for PC VR!

Having spent a few hours with the game I can confirm the weapons handling really is glorious. Taking a dagger, tossing it in the air, catching it and slamming it into a table just feels so damn satisfying that I grinned from ear to ear when I first did it. Likewise, whereas other games have decent bow mechanics, in Blade and Sorcery you physically holster the quiver on your back, and then pull out individual arrows which you have to notch into place on the bow. It’s awesome. Unlike most games, you also have a visible body in this too, not just floaty hands. It all contributes to an excellent sense of immersion. Throw in a character creation tool that allows for truly unique avatars and this is a rare game where you really feel like you embody the character you’re playing.

Currently it’s a sandbox only title in very early access, albeit with lots of developer ambition to add content over time. In its current implementation however it’s just an arena combat mode over a few different levels and that’s it. Consider it a proof of concept and a taste of what real VR fighting can be like in the future.

Having spent time with both Gorn and Gladius I know full well the necessity of clearing all my furniture out of the way for these types of games. I wore a headband to sweat-proof the headset and used my Fitbit Charge 2 to record my activity. As with all fitness play-tests I played as actively as possible, without downtime for thirty minutes, jogging on the spot between waves.

I’d rate this game as moderately active, with the potential to be highly active if you choose to play accordingly as I’ll explain later. I recently reviewed Gladius, another excellent arena sword simulator, which I scored as moderate. With Blade and Sorcery I burned an extra 20 calories, had a slightly higher heart rate and covered 500 more steps, but as you’ll see this is because I chose to physically jump when my in game character did, and I also physically kicked as well.

A variety of handheld weapons will have you thrusting, chopping, parrying, shield bashing and throwing, as well drawing your bow and firing off arrows. Dual handed broad swords are available, and you can also dual wield two short swords so both arms will get worked out equally. The realistic physics mean that weapons have an appropriate weightiness to them however, meaning you can’t flail about with a giant broadsword a la Skyrim. This greatly enhances the feel of the combat, but reduces the energy output slightly as you will be moving slightly more slowly.

As with Gorn and Gladius this game is primarily an arm workout. You play standing and if you have a 360 degree setup you will constantly be turning every direction to fight off enemies but there are no squats or ducking required. If you play this way it rates a 3. However, here at VRFitness Insider we like to get creative and find novel ways to make vr games more challenging and in Blade and Sorcery you can achieve that with some judicious use of kicks and jumps. Pressing in the left thumb-stick causes your character to leap into the air, whilst pushing in the right stick delivers a powerful right booted kick to the midsection. With a little practice its possible to recreate these moves with your physical body. In fact it feels surprisingly natural, a lot more so for me than jogging on the spot in Skyrim. I had a blast kicking my enemies down the well ‘Leonidas’ style in the marketplace and literally leaping into battle has become my signature combat move. You’ll need to make sure you have plenty of space, you don’t want to smash your furniture or maim your children, and your headset will need to be tightly strapped on, but if you have the space to do so it actually enhances the game-play in my opinion, and of course provides for a much more intense workout. Many users have requested the developer incorporate Vive trackers for kicks, which would be awesome, but there are no firm plans as of yet. For me it works great anyway as it is, so be sure to give it a try!

As with all virtual combat games you will get some core and balance work in due to your stabilizing muscles being activated in bringing your body to a stop when swinging and chopping. It’s more of a factor in games that involve punching however, as you are usually swinging with far more force, and thus greater stress is put on your abs and core to bring you back to a point of inertia again. Following my tip to physically leap and kick will activate your back a lot more and give you a pretty rounded core workout.

The game is certainly fun to play, and the combat gets better with practice. I did suffer a couple crashes to desktop though, and it’s a common enough bug that the game itself acknowledges it in the settings menu, so it might happen for you too. The game being sandbox only also means there are no objectives or story-line to keep you motivated. Because of these factors I found the game less fun to play for long periods than Gladius, but looking at Steam reviews and the huge Discord group it’s fair to say that for many the game-play as is represents the pinnacle of sword based combat in virtual reality right now.

The core game-play here is very solid, and if you’re prepared to put in the effort you’ll be rewarded with a rich fighting experience with a lot of depth. There’s currently no ‘game’ as such however, it’s purely sandbox at this stage. There are lots of weapons and they all handle superbly, but everything is available from the outset so you don’t feel the satisfaction of unlocking better equipment, or discovering or buying loot. The lone developer does have some exciting things in the pipeline however, including procedurally generated dungeons. If this materializes the game really could be excellent.

This game is surprisingly scalable providing you have room to physically jump and kick. Playing that way and fighting aggressively will certainly give you a decent workout, whilst for those less fit, you can play the game standing still and moving less vigorously for a much lighter workout. There are various difficulty levels as well which provide more enemies, that are better equipped and tougher fighters who will certainly test you more and require more physical effort to take down.

Currently game data is already moddable, but in the long term I plan to add support for custom maps, new weapons and even the possibility for modders to add new game modes.”

The game does have free locomotion which might affect novice users or those susceptible to motion sickness. By default head tracking is enabled, which always makes me feel uncomfortable, but it can be switched off. With head tracking disabled I didn’t experience any discomfort. There is no teleport movement option in this so if you are susceptible to motion sickness that’s something to be mindful of.

The game is currently single player only with no global leader-boards. That said the game does boast a huge Discord membership of over 12000 users, an active mod community and a community of over 8000 people, which for a virtual reality title is very impressive. Therefore I do consider it to have a strong community element, if not direct social competition.

There’s no doubt that when it comes to sword based virtual reality combat this is the most realistic and gritty representation yet. If you’re a fan of the genre you will love this. If you’re willing to put the effort in you can get a decent workout out of this game, and it’s mouthwatering to imagine a future Skyrim style full RPG with this level of combat gloriousness.

Blade and Sorcery is available on Steam for Oculus Rift, HTC Vive and Windows Mixed Reality headsets priced $19.99 or £15.49