Webinar: Unlocking the Potential of Password Vault Alternatives Understanding the differing Privileged Access Management solutions can be a challenge, especially for Linux or UNIX environments. Learn how to create a more comprehensive security approach by examining the different approaches of password vaults and privilege management during this webinar. Facebook on Monday launched a free standalone app for creating and watching live video game play on Android devices. Some 700 million users already engage in gaming on the platform, but with its dedicated app Facebook is locking horns with the leaders in the market -- Amazon, Google and Microsoft. 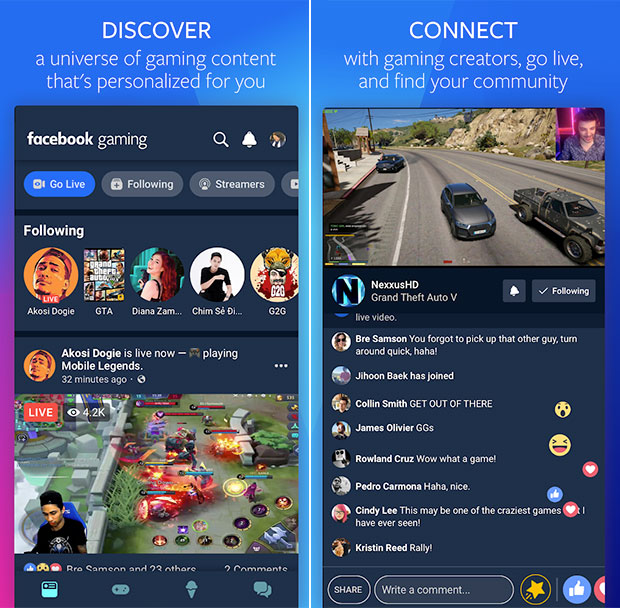 The company will release the Facebook Gaming app for iOS devices after it's approved by Apple. It originally scheduled its release for June, but a bump in growth in the live gameplay market induced the company to make it available sooner, The New York Times reported Sunday. "Live streaming was a growth opportunity before the pandemic came along, and it's going to be a growth opportunity long after the pandemic has passed," observed Michael Goodman, director for digital media at Strategy Analytics, a research, advisory and analytics firm Newton, Massachusetts.

"What's changed the calculus here is that Facebook has accelerated its plans to release this app to take advantage of the fact that people are doing more streaming from home now," he told TechNewsWorld.

"It sees that as an opportunity to get some lift for adoption of this service at this point in time," Goodman added.

Hot Market in a Sick World

Live game streaming is a significant growth area in the marketplace.

"Facebook prioritizes markets that are large and have significant growth potential. Streaming games fits both those criteria," Goodman noted.

"Gameplay streaming has seen a significant worldwide surge in viewers and hours spent on all platforms since the COVID-19 pandemic hit," said Lewis Ward, research director for gaming at IDC, a market research firm in Framingham, Massachusetts.

"I'm not surprised to see Facebook accelerate and launch this app," he told TechNewsWorld.

"Facebook has been ingenious in the way it leads users into providing personal information," observed Steve Wilson, principal analyst at Constellation Research .

Entering the live gaming arena is a natural move for Facebook, maintained Mark N. Vena, senior analyst at Moor Insights and Strategy, a technology analyst and advisory firm based in Austin, Texas.

"As Facebook's global footprint continues to be huge, a gaming-specific app is a natural extension of their reach and influence," he told TechNewsWorld. 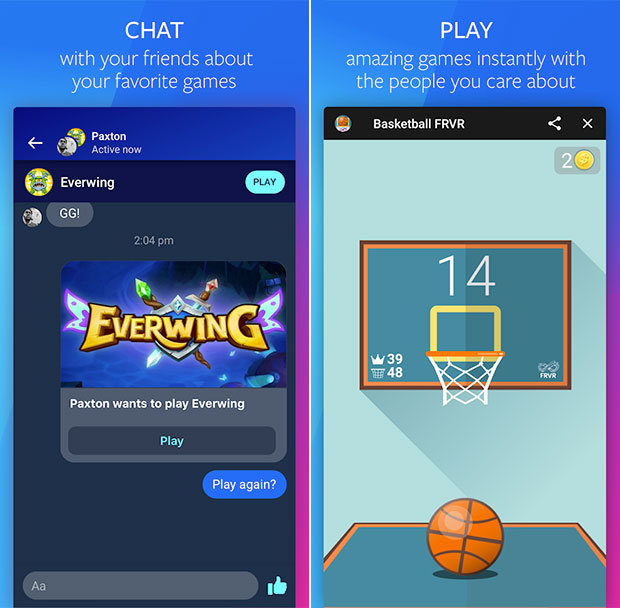 "They don't include ads in the app -- at least now -- so their monetization opportunity is pretty limited, but that's likely to change over time," Vena said.

"The rise of game streaming on YouTube, Twitch and [Microsoft's] Mixer has been very noteworthy," said Nick Maynard, lead analyst at Juniper Research, a market research, forecasting and consulting company in Basingstoke, UK.

Monetization initially will be limited, with fans able to make only small one-off payments to content creators, but Facebook already has pledged to explore additional ways to monetize the app in the future, he told TechNewsWorld. Some features of the new app should appeal to users.

"They will gain seamless access to games, as well as increased potential for interaction with content creators," Maynard observed.

"The prospect of streaming mobile games natively via the app is also interesting," he continued, "as it will allow users to join in and become content creators."

Facebook users already can access gaming content through a Web browser on a computer or mobile device, but there are some advantages to a standalone app.

"This is partly about offering an app-based alternative, which is often more customizable and has a better user interface, and opens the app up to in-stream ads," IDC's Ward explained.

However, "Twitch and others are already well established in this market," Maynard pointed out. "Facebook will have to offer some very innovative features, and get major content creators on their platform to make it appealing to users."

The majority of high-profile game streamers are locked up in contracts, so Facebook is going to have to grow its market share differently from the major players, said Strategy Analytics' Goodman.

"This isn't a greenfield opportunity for Facebook. This is an established marketplace with some pretty big players already in it," he said.

Ease of use could attract users to the Facebook app.

"I think it will be popular with many users because unlike other live gaming services, it doesn't usually require dedicated third party software and hardware to broadcast gameplay," Moor Insights' Vena noted.

On the other hand, there might be an uncool aspect to the app.

"The new app includes casual games, which are popular with older users but may not be with young gamers who prefer console or PC gameplay, like Fortnite and other popular, more graphics-intensive games," Vena explained.

Games are a US$160 billion global market, the NYT noted. This year, the market is booming.

"There been a very clear rise in global gameplay streaming since Jan. 1," Ward noted.

Facebook Inc. FB, +2.07% has acquired a Spanish startup focused on cloud delivery of video games, according to reports.A Spanish newspaper reported last week that Facebook was seeking to acquire the company for about 70 million euros, according to the CNBC report.

In addition, integrations in gaming platforms and access to streaming tools have democratized content, meaning that streaming is increasingly accessible, Maynard pointed out.

"The overall online gaming experience has also become easier, in general, at the PC and console level, allowing more users to experience it without hiccups," he said. "On top of that, COVID-19 has become a strong tailwind for watching gameplay and playing online games," said Vena, "as children and teenagers are spending significantly more time at home."