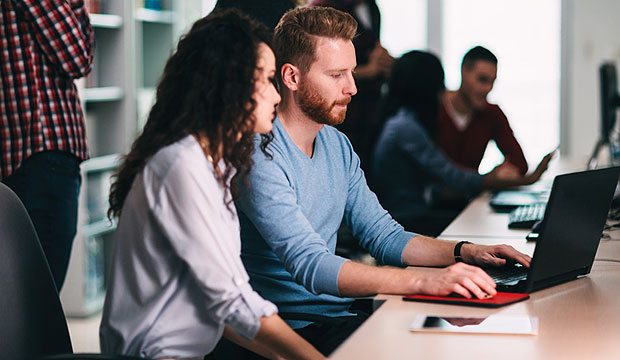 Over 87% of websites have medium to high security vulnerabilities

Scan and audit your website for SQLi, XSS, and 4500+ additional vulnerabilities with Netsparker. Eliminate false-positives with our Proof-Based Scanning™ technology. Learn more!

Google has unveiled new minimum standards for temps, vendors and contractors (TVCs) in the United States, in response to demands from an employee coalition that included full-time Google staffers as well as temporary workers and contractors.

"Yesterday, we shared an update on some new initiatives to support our extended U.S. workforce -- including comprehensive healthcare, 12 weeks parental leave, (US)$15 an hour minimum wage, and $5,000 a year in tuition reimbursement," Google spokesperson Jenn Kaiser told TechNewsWorld on Wednesday.

Companies that employ U.S. vendors and temporary staff will need to provide the following in order to do business with Google:

None of these provisions currently is mandated by U.S. law, Kaiser pointed out.

Google reportedly will identify and address areas of potential improvement outside of the U.S.

"Companies employ contractors for a variety of reasons," noted Constellation Research Principal Analyst Holger Mueller, whose focus is the future of work.

"There are temporary needs, and not all contractors are good enough to become [full-time] employees, for instance," he said.

"Even if you have plenty of money, you don't need to give it away," Mueller remarked. "You cannot go back and take away [employees' and contractors'] salaries when the company does less well."

"In general, this will increase [Google's] costs, but it should also result in a better quality of worker, and should improve their image, which needs a lot of help at the moment," observed Rob Enderle, principal analyst at the Enderle Group.

With relation to its workforce policies, Google's image is somewhat battered.

The plight of Google's shadow workforce -- contractors who don't get the same benefits as full-time employees -- was the subject of a Bloomberg report last summer.

At least 20,000 full-time Google workers joined with contractors in 50 cities worldwide in a walkout last fall to protest the company's handling of a number of workplace issues, including sexual harassment.

Google's shadow workforce sent a letter to CEO Sunder Pichai in the aftermath of the walkout, detailing grievances and demanding changes, including the following:

Things came to a head on earlier this year, when Google terminated the contracts of 34 of 43 members of the Personality Team, which develops the voice of the Google Assistant. Those dismissed were TVCs in various countries.

The layoffs were to be implemented April 5 in most cases, and July 31 in others.

Full-time employees were barred from offering support to those laid off, because that apparently would have opened Google to legal action.

Google "knew [the layoffs] would not be popular, so they must have had a good reason," he pointed out. "It's employees on an AI product resisting letting go of contractors who are no longer needed, likely because of advances in AI."

The letter demanded that Google take the following steps:

The layoffs were particularly galling because Google has been making money hand over fist. Revenue growth was up 23 percent year over year in 2018, to nearly $137 billion, and up 22 percent for Q4, to more than $39 billion, according to Alphabet and Google Chief Financial Officer Ruth Porat. She predicted "great opportunities ahead."

"Google just doesn't get corporate ethics, nor do they seem to understand strong command and control," Enderle told TechNewsWorld. "Thus they constantly have problems where the employees successfully revolt. This is far from a best practice, though, as firms should be run from the top, not the bottom."

"It's discovering labor relations all over again and finding that labor can exert quite a bit of leverage in the market," he told TechNewsWorld. "We are in the early stages of creating a new kind of labor union."

What we are seeing "might be only the first salvo in a continuing fight for higher wages, better benefits, etc.," Jude noted. Google "ought to send their executive team to talk to GM or Ford."

The changes may be a plus for employees in terms of day-to-day operations, but from an enterprise agility perspective they may not be such a good idea, observed Constellation's Mueller.

These changes might impact innovation, Mueller warned. "For seed companies or self-financed startups, $15 an hour is much harder to pay. A little bit of Silicon Valley will die."