It’s Almost Time for Half-Life: Alyx, Here’s What You Need to Prepare

Half-Life: Alyx is slated to release in March, and you’ve only got one month to prepare. Especially if you’re a newcomer to virtual reality, you might not be entirely ready to jump right into the action. The main reason for this is that you probably don’t have your “VR legs” yet, and you might not know how to deal with simulator sickness either.

In addition to those things, it doesn’t hurt to work out a bit more and develop your physical strength before diving into a nice, lengthy VR campaign. The more physically fit you are, the more enjoyable the experience is likely to be, and the more comfortable you’ll feel with the hand-tracked motion controls that you’ll use to power the entire experience. 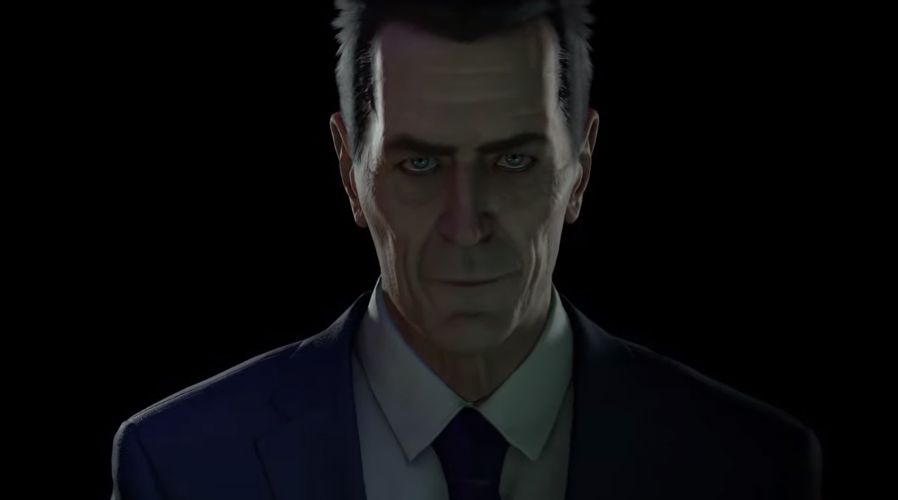 Has Half-Life: Alyx made you want to buy a VR headset?

Here are the things you’ll need to do to prepare yourself to get the most punch out of your time playing Half-Life: Alyx this March.

That said, Half-Life Alyx will also work on HTC Vive, Oculus Rift/S, Oculus Quest (with Oculus Link), and Windows Mixed Reality. You don’t need to shell out $1000 to play Half-Life: Alyx, though it will likely be much more enjoyable when played at 144hz and with the Index controllers.

Get Comfortable in Your Headset

Half-Life: Alyx is expected to have a full-length campaign, which means that you’ll need to make sure that you’re comfortable enough in your headset to endure the length of a complete 10+ hour campaign inside of a VR headset.

It’s only natural then that the Valve Index is one of the most comfortable VR headsets you can wedge your face into. However, there is always a way to make your VR headset, whichever one you choose, more comfortable and livable. Especially when you get into those particularly intense play sessions that result in you shedding a ton of sweat.

We recommend that you at least put on a sweatband while you play Half-Life: Alyx for prolonged periods of time. However, there’s also a selection of facial covers that exist for each headset, and those are generally pretty fantastic to use as well. Here are our reviews of the VR Cover covers for Oculus Quest and Oculus Rift S.

Learn How to Fight Motion Sickness

Motion sickness is a problem that many people face when getting involved in VR gaming at any level. Some are naturally resistant to it, whereas some never get over it. Most have issues with motion sickness when first getting used to playing VR games — developing their “VR legs”, as some say — and they will find that it slowly dissipates over time with continued play.

Half-Life: Alyx will feature movement options that allow for either free-movement or teleportation. That said, we generally recommend free-movement in a standing position in VR games for a few reasons. On one hand, you can use Natural Locomotion in free-movement mode, and on the other hand, we recommend that you run in place while playing this type of game.

Natural Locomotion makes your character move when you pump your arms, and that motion combined with running in place can help you burn more calories while fending off VR motion sickness in Half-Life: Alyx.

We’ve created a guide on how to identify, prevent, and treat motion sickness while playing VR games.

Work on Your Hand-Eye Coordination

How are you going to shoot headcrabs and headcrab zombies with your real hands and eyes if you can’t aim properly? Luckily, there are plenty of great VR games that can help you build your hand-eye coordination in preparation for the oncoming Combine apocalypse.

Why Your Brain May be Hardwired for VR Fitness

We might “know” we’re in VR, but our brain still wants our body to react like that is the new reality. When the game is fun, these additions motivate us to become master-level players who are both physically and virtually fit to tackle any challenge.

Our first recommended games where you can build your hand-eye coordination with virtual guns in VR are Pavlov VR, Onward, H3VR, Boneworks, and The Walking Dead: Saints & Sinners. It’s also possible that your experience shooting real guns at real practice ranges tends to carry over into VR, but not vice versa. You can also develop general hand-eye coordination by playing VR sports games like Racket: Nx, Sparc, and Eleven: Table Tennis. Even VR boxing games like The Thrill of the Fight or Creed: Rise to Glory can help you achieve this goal.

Sorry seated players, but you’re out of luck. We’re going to make you stand while you play through Half-Life: Alyx, or we’re going to die trying. Something something about the VR Fitness Insider code of ethics.

The only problem with standing for long periods of time while you play a VR game is that it can be draining to do so if you’re not in good shape. Of course, playing other VR games standing up is a good way to practice for Half-Life: Alyx, but you should take this practice even further.

You should play games that engage your core muscles, like Beat Saber, BoxVR, The Thrill of the Fight, OhShape, Superhot VR, Pistol Whip, and Audioshield. Playing any of these games for an hour per day will help you slowly develop your core muscles, including your legs and stomach, in preparation for long sessions inside of Half-Life: Alyx. This is the way.

Finally, you can always benefit from making your nutrition more suited to a healthy lifestyle. We almost always recommend that you stay hydrated and get plenty of vitamins A, C, D, and E into your system.

Also, make sure that your calcium and magnesium levels are up to snuff, and that you’re generally well-rested enough to bring your best game face with you when you dive into the world of Half-Life: Alyx.

Our guide on proper nutrition for VR fitness gaming should fill in the rest of what you need to know here.

That was our guide on how to prep yourself for the pending Half-Life: Alyx release in March. Is there anything else that a new VR player should know? Let us know in the comments.

Stay Up-To-Date On All The Latest VR Fitness News

Half-Life: Alyx, Built for Active VR, Could Be the Game to Define a Generation