If you’ve never heard the name “John Carmack” before, then you almost certainly know at least one thing he’s had a hand in. Widely hailed as a genius coder, Carmack has been pushing the envelope in computer technology for decades. The big news this time is that the tech guru is stepping back from his role as Chief Technology Officer at Facebook’s Oculus to work on his own project. It was a big deal when he left ID Software, now owned by Bethesda, to shift gears into VR as CTO of Oculus. While there, Carmack has undoubtedly driven the smart technology choices the company has made, including the new Oculus Quest. Which, thanks to planned tethering options, may very well turn into the one HMD everyone wants. With some caveats, it seems the era of Carmack at Oculus has now ended, which makes it a perfect time to remind everyone why Carmack’s choices are almost always worth examining.

Who is John Carmack?

The answer to this question almost certainly depends on how old you are. It’s however safe to say that Carmack is best known as a video game technology pioneer. He was one of the key people behind ID Software. The developer who gave us classic titles such as Commander Keen and Wolfenstein 3D. It was however DOOM that really put the company on the map. While there were many truly talented people who worked with Carmack, it was always his advanced core technologies that set ID Software games apart from the competition. Elegant solutions and completely novel approaches to getting performance out of hardware no one had thought possible, Carmack always seems to have some sort of secret sauce that let him step beyond the imagined limits of lesser minds.

This is exactly why he was such a perfect match for Oculus and VR in general. VR needs as much smart optimization as possible. Even today, good VR requires a significant amount of computing power, but Carmack has undoubtedly helped bring VR into the mainstream while guiding Oculus’ technology over the last six years. Carmack has worked in all sorts of technical areas over the years, including aerospace. So now that he seems to be stepping off VR, what’s next? Reportedly, he’ll be working on the touch problem of Artificial General Intelligence. 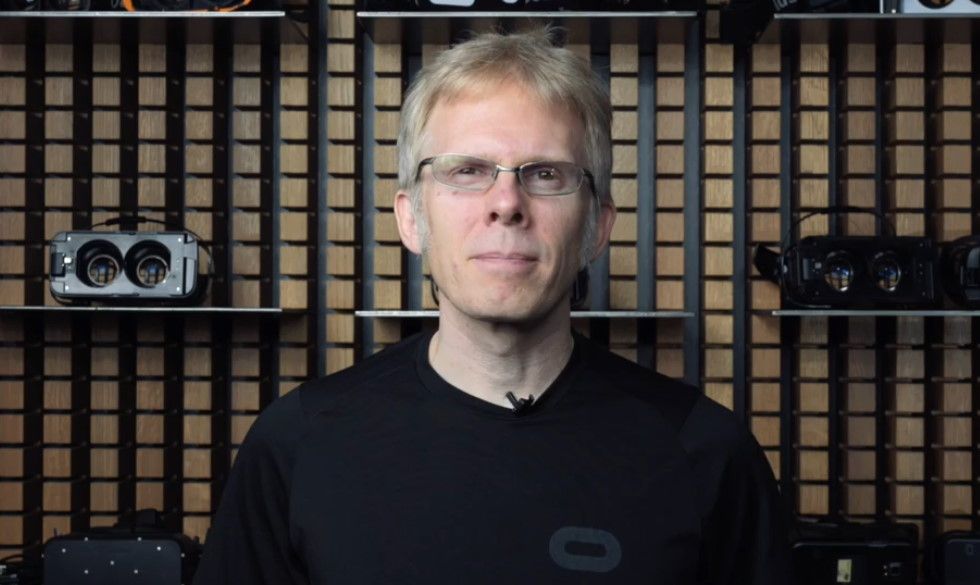 The term “AGI” or Artificial General Intelligence is probably not familiar to the mainstream crowd, but it’s actually not hard to understand. Just, as far as we know, pretty much impossible to actually do.

“Artificial Intelligence” or “AI” is a broad computer science field that has the aim of getting computers to do the sorts of things you’d usually attribute to human or animal intelligence.

The type of AI we have today is known as “narrow” AI. In other words, we have computer systems that can do a narrow set of tasks very well. Deep Blue, which was the first computer to beat a Chess grandmaster, could only play Chess. Every day there are more and more examples of narrow AI taking on jobs that would have been exclusively human in the past. We have drones that can navigate complex environments, software that can interpret human speech on the fly.

What we don’t have is an artificial system that can match the general intelligence of a human being. The sorts of AI you see in science fiction films, usually portrayed as the harbinger of armageddon. For many computer scientists, AGI is the holy grail. Once you can crack the secret of creating human-level intelligence, that opens the door to something fundamentally beyond that. Carmack is taking on the biggest challenge anyone in the field of computing can, but it would be a mistake to underestimate him.

What this Means for Oculus

It’s interesting to think about what this move means for Oculus and for the VR industry in general. While we don’t have any insight into what went on behind the scenes, this seems like an amicable arrangement. After all, Carmack will still be working as a “consulting CTO”. Which presumably means that Oculus can still ask for his input and help where needed, while keeping him in the loop. So far, so mundane. What’s important here is that Carmack’s interest has shifted. This probably means that the fundamental, Carmack-level technical problems have effectively been solved. There aren’t any current problems on the tablet that specifically need his input.

If true, that’s good news for us in the VR enthusiast world. It means that Oculus are confident about their future path and the viability of their technology. After all, Facebook has more than enough resources to convince Carmack to stay if it really needed his full attention.

Carmack isn’t exactly at retirement age, but at 49 it may be time to tackle the problems he thinks are most important. This was made explicitly clear in the Facebook post where he announced his new position:

“As for what I am going to be doing with the rest of my time: When I think back over everything I have done across games, aerospace, and VR, I have always felt that I had at least a vague “line of sight” to the solutions, even if they were unconventional or unproven. I have sometimes wondered how I would fare with a problem where the solution really isn’t in sight. I decided that I should give it a try before I get too old.” Oculus: ‘We’d Eventually Like Quest PC Tethering to be Wireless’

While no one expects the industry legend to solve this apparently intractable problem by himself, it wouldn’t be a surprise if he helps move things forward.

Even if just a little.