Standalone VR headsets are quickly becoming an important part of the modern VR landscape. Flagship products such as the Oculus Quest bring proper 6DoF VR, with cutting edge display and motion technology within reach of mainstream consumers. With the latest update bringing the ability to tether the Quest to a powerful PC, it seems that the standalone paradigm could be the future of VR. However, Lenovo have rightly realized that standalone VR systems could have a bright future in the education sector. Their latest educational standalone headset brings a slew of smart decisions to the table and could end up being a killer platform for eLearning. 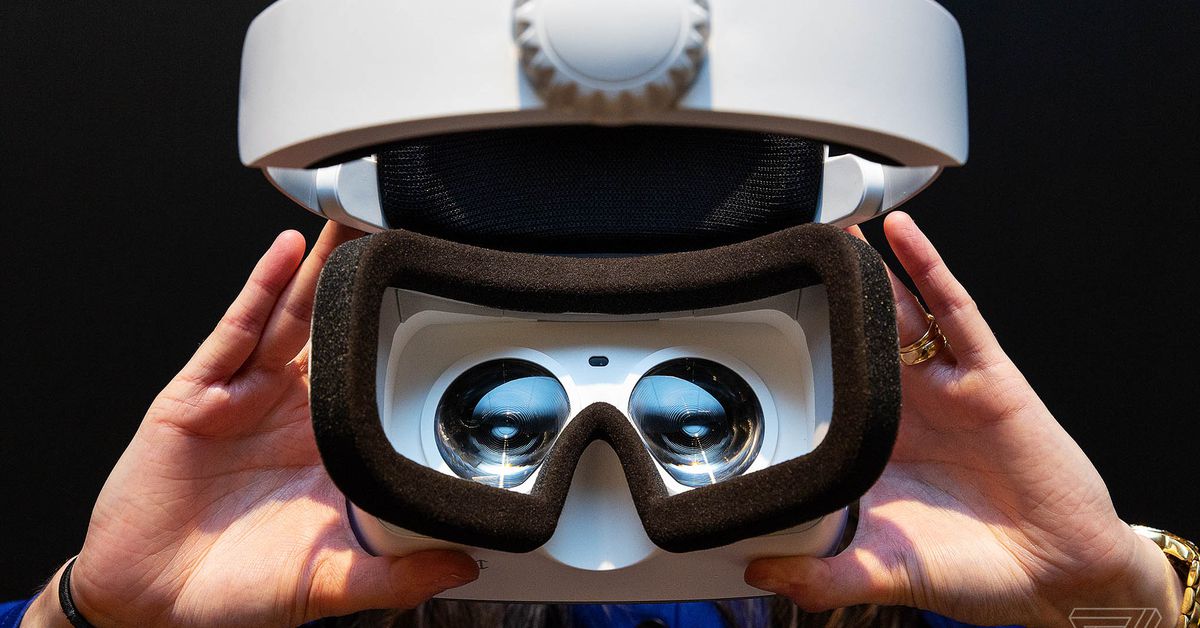 The first Lenovo Classroom headset was built on the Google Daydream platform. An Android-based solution linked to the Solo Mirage headset.n At the time it must have seemed like a good idea. However, Google has a long history of unceremoniously killing off projects as soon as it seems they aren’t going anywhere. With mobile VR dying quickly in favor of standalone systems. The effect of this is that Lenovo has to switch platforms and the obvious choice is still Android. They have customized the operating system with their ThinkReality software, but it’s a tried and tested system underneath.

In terms of specifications, the Classroom 2 is rather modest. We don’t know every detail about it, but one key fact about the headset is that it only offers three degrees of freedom. That’s the same type of head-tracking that we’ve seen commonly in phone-based VR. Which is sufficient for simple, limited-interaction VR or 360-degree video. Which would fall in line with an educational model that mainly uses demonstration. Unlike, for (example) the Quest, here you won’t find handheld motion controllers. There are no tracking cameras either. This is a basic VR platform. At the same time, the Classroom 2 is equipped with a Qualcomm 835 system on a chip. Which is nothing to sniff at! The other core specifications are also pretty decent from a consumer perspective and should therefore be more than enough for educational applications. Each eye gets a whopping 1920×2160 pixels. The panel runs at 75Hz and 64GB of storage onboard. This can be expanded with an SD card. Lenovo have wisely chosen USB-C for charging, although we have no idea whether tethering is possible or whether it will be.

Apart from a good panel resolution, the field of view is 110 degrees. Which is the standard among premium headsets. This is all powered by a 4200mAh battery, although what that means in terms of actual battery life isn’t yet clear.

Lenovo’s Classroom 2 headset also includes some very forward-looking features for the school environment. The headset can be worn over glasses, it can be easily cleaned and is sized so that users as young as 13 can use it with ease. The weight has also been taken into account, under the assumption that younger users might not want something heavy strapped to their faces.

The hardware platform offered by Lenovo here isn’t necessarily all that interesting. It’s clearly cost-controlled and streamlined, but it’s nothing anyone with a fairly high-end phone from the past few years couldn’t achieve with a smartphone HMD.

The more important component of the offering is content. In fact, this is the one thing that could make or break a product like this. According to Lenovo’s marketing material, they also provide content management software as part of the platform. In terms of content, there are virtual tours, scientific “experiences” and careers-related content.

In the end, a platform like this has to be cost-effective in order to be adopted. Are schools meant to buy these HMDs in numbers to service an entire classroom or are they meant to be used in a round-robin fashion? With plenty of cleaning in-between! We suspect that different institutions will negotiate very different deals with the company.

This new headset from Lenovo is filling out yet another niche in the standalone VR headset space. We have the high-end Quest, the entry-level Go and now this educational offering. It’s far too early to see if Lenovo will have any impact with the Classroom 2, but VR’s role in education as a whole looks bright, so don’t be surprised if it does become a hit.