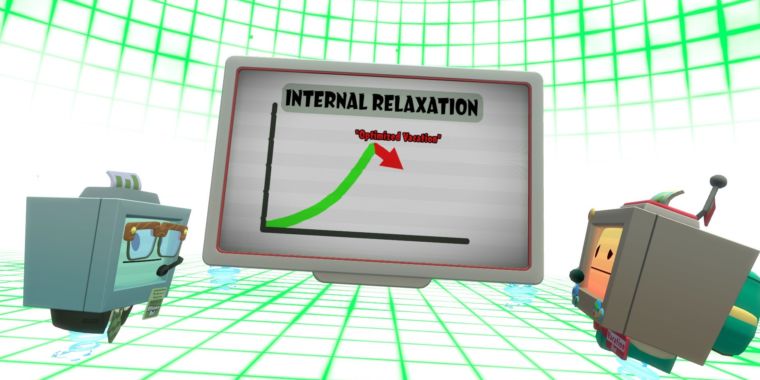 Vacation Simulator review: Slap on some SPF %number%, have fun with VR robots

Vacation Simulator And Creed Are Coming To Oculus Quest 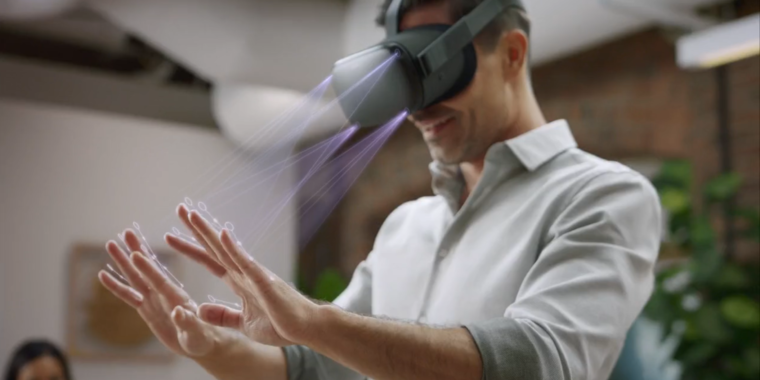 A new teaser video for the VR title Vacation Simulator looks at hand tracking support for the game on Oculus Quest.The CEO of Owlchemy Labs, Devin Reimer, posted a teaser video on his personal Twitter yesterday. The video showed a scene from the game where the player uses hand tracking to control the digits of each hand to make a peace sign and a thumbs up. In the replies to the post, Reimer wrote that the game was not using the hand tracking abilities of the Valve Index.

The next day, Owlchemy Labs launched the experimental hand tracking system via a post on their blog.

“We are very excited to announce the launch of experimental Hand Tracking for Vacation Simulator! Now, you can explore all areas of Vacation Simulator using your very own human hands on Oculus Quest and Quest 2.”

Unlike other, less experienced developers working on hand tracking for VR, Owlchemy Labs have the development pedigree to warrant a sense of confidence. If they put the time and effort into hand tracking that they do in all other parts of their development, the system should work quite well.

“This originally began as a R&D project to understand what would and would not work with the current state of hand tracking with the initial assumption that we wouldn’t be able to make it work. However, the team was able to solve difficult problems and came up with clever solutions that made us realize we could get this to a point where we felt confident people could enjoy it. We had to make changes to most major systems in order to make everything work with this new input type and while controllers are the easiest and more reliable way to play Vacation Simulator, it was important that we add this experimental hand tracking mode to push the limits of the technology to show the edge of what is currently possible.”

Reimer took to Twitter again today to detail his opinions on the experimental hand tracking system that they are introducing to the Oculus Quest version of the game. It’s clear that he and his team still believe that the best way to experience the game is by using controllers, but they still saw fit to include hand tracking in their game.

“My biggest hope with this project is that people can see some of the limitations that exist with hand tracking, but also more importantly that hand tracking doesn’t need to be just laser pointers and unintuitive pinch gestures, it can and needs to be so much more. Is hand tracking going to replace controllers for all VR games? Definitely not. Controllers are awesome, buttons are awesome, haptics and IMUs are awesome. But for certain games/content hand tracking will offer users a different, and in some cases, better experience.”

Using magnetic resonance imaging (MRI) and a technique inspired by the visual effects industry, a team of USC researchers, comprising two computer scientists and a radiologist, has developed the world's most realistic model of the human hand's musculoskeletal system in motion.

Vacation Simulator review: Slap on some SPF %number%, have fun with VR robots

Vacation Simulator And Creed Are Coming To Oculus Quest