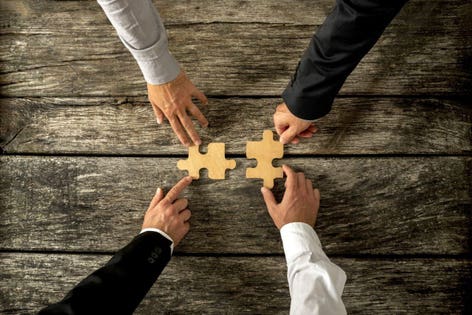 Oculus Go Gets Mobile Casting and Other Fun Updates!

This past week Oculus Go got a game-changing update with mobile casting! The Virtual Reality (VR) headset and software company also treated fans to Halloween avatars, basketball jerseys, and a much-needed reporting system!

Oculus has been dishing out the user interface and avatar updates this month with a new and improved Dash and more detailed avatar customization for the Rift. While just last week Oculus Go got a mobile casting feature added to its standalone headset.

Casting allows users and visitors with smartphones and tablets to get access from the player to view games in Oculus Go.

Would video games be better if you could play as yourself? Well, not exactly: New research suggests that avatar appearance may not make a difference to players in certain game contexts

The Oculus Blog says, “To get started, just pull up the Oculus Go menu while in VR and select “Cast.” This will send a push notification to your companion device. As long as both the headset and your phone or tablet are on the same WIFI network, you’re just a quick tap away from streaming your content.”

Players are now able to stream content to friends, family, and guests connected over WIFI to watch games and experiences in real time. Guests can now watch other players play poker, solve puzzles, or dive into realms alone.

Oculus Go users get a real treat with this casting/streaming update, but Oculus Rift owners will still need to settle for projecting their games onto their laptops and computer monitors for the foreseeable future.

The post by Oculus says, “We’ve added a host of spooky new avatar outfits just in time for Halloween, so you can dress up as a witch, vampire, mummy or skeleton.”

Too bad there’s no trick-or-treating in VR because these new outfits would be perfect. Instead, Oculus Go, Gear VR, and Oculus Rift users can access the Spooky Clothing update in the Avatar Editor and then host a hangout with friends to show off their new outfits.

It’s unclear whether these outfits will vanish like a pumpkin on midnight when the month rolls into November or if they’re here to stay. For those that have the Halloween spirit year round, making them permanent would be a nice bonus.

Basketball fans with a Gear VR and Oculus Go are also getting unlockable NBA jerseys from LIVE NBA games using their app Venues. Fans simply watch a teams game using Venues and unlock a jersey from that team. Oculus adds, “it’s yours to keep and wear with pride for the rest of the season!”

Oculus Venues (NextVR) will be hosting NBA games in their app from November until April so go here for the full schedule . There are lots of other VR events like comedy and music, so check the schedule for details.

The VR community is a friendly one, but every now and then there are those pesky few that poison the fun for everyone. Oculus has a new Safety Center and Code of Conduct that users can access to report toxic and abusive behavior from anyone that uses Oculus apps and games.

To make it easier to report toxic behavior it’s available to all platforms. Oculus states, “This new feature lets you capture video of your experience to provide context to your report, which is then reviewed by our Community Operations team.”