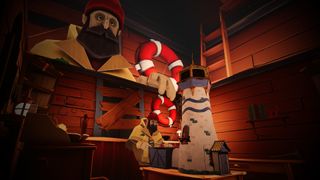 It's been a quiet year for VR, but the likes of Beat Saber , Budget Cuts and Skyrim VR have made 2018 a good year to own a Rift or a Vive. And 2019 might be even better: there are a surprising number of VR games we're looking forward to, with both indie ingenuity and big budget bombast.

Most of next year's VR games don't have specific release dates yet, and some of them are leftovers from this year that have been delayed, but they’re all worth knowing about. On this list you’ll find VR adaptations of already great games like Borderlands 2 and Prey alongside originals that we can’t wait for, such as open world shooter Stormland and spy thriller Defector.

Here are the VR games we’re most looking forward to in 2019.

Stormland is an open-world robot shooter that Wes sung the praises of after playing it in September : he enjoyed blasting its sci-fi guns, but it was the non-shooty bits that impressed him most. To grab ammo from a downed enemy you pick up their weapon, grip the top and rip it off, while to upgrade your robot arms you have to physically tear them off at the shoulder, and then reattach them, which is just plain cool.

The islands you’ll explore look pretty and will rearrange on repeat playthroughs to keep it feeling fresh. Insomniac promises multiplayer for exploring and fighting cooperatively, too.

2018 was a very productive year for Little Einar, after going into early access late December 2017, there has been a ton of great feedback from players, family and friends. Everyone did their part to make Little Einar better and more enjoyable.The game has matured since Early Access release. 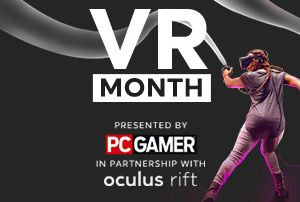 For the next three weeks, PC Gamer is focusing on what's new, what's coming, and what's most exciting in virtual reality. VR Month is being made by possible by Oculus, which is supporting our deep dive into all things VR.

Slapstick comedy is incredibly hard to pull off in most games, but it's one of the greatest (underutilized) strengths in VR. And no game has done it better than Job Simulator, which is why we're excited to see a sequel.

Job Simulator recreated modern jobs in a robot-run future and, as Tim wrote in his review, it’s one of the best games for showing your friends how fun VR can be. For the follow-up, Owlchemy Labs is giving you time off from your desk to get down to the beach.

Vacation Simulator’s silly scenarios will have larger playing areas and more interactions to fiddle with, but the idea’s the same: It’s a fun space to muck around in. Instead of photcopying your head, you’ll be flattening children’s sandcastles and flipping burgers on a barbeque. Don’t forget the ketchup.

Ready at Dawn is on a roll: Its 2017 narrative space game Lone Echo is a must-own for Rift owners, and its follow-ups, sports game Echo Arena and shooter Echo Combat, both nail the feeling of zero-gravity movement. We’re expecting big things from Lone Echo 2 when it arrives next year—we don’t know much about it yet but the announce trailer, above, suggests it’ll carry on the story of Jack and Liv from the first game. Count us in.

Ubisoft’s first VR shooter will transport you to space, strap a jetpack on your back and throw you into 1v1 or 2v2 battles in colourful zero-gravity arenas. The maps and the variety of weapons look more ambitious than those in the excellent Echo Combat—hopefully Space Junkies turns out to be as good.

Zed is a narrative adventure game about a dying man with dementia who's trying to piece together memories to create a children’s book for his unborn granddaughter. Zed will actually release alongside a physical children’s book, which is a nice touch. It looks beautiful, and has some pedigree behind it as the first game being published by Cyan Ventures, a new wing of Myst creator Cyan. Development is being led by Eagre Games’ Chuck Carter, who worked on the original Myst.

Cyan is working on its own VR adventure game called The Firmament—but that doesn’t yet have a release date.

Borderlands 2 VR is out this month—but only on PS4. It’s a timed exclusive for the console for "a minimum of five months," according to Gearbox. We’re hoping it’s worth the wait: Borderlands 2 is one of the best shooters on PC, and the VR version is adding new abilities and slow-mo bullet time to help you cope with frantic firefights. It’s the perfect excuse to jump into its cel-shaded world all over again.

A stylish spy thriller in which you’ll leap from airplanes, pick thugs up by their lapels and smash them into mirrors, drive cars, shoot guns, chase bad guys down alleys—basically, if it’s in a James Bond film and it translates to the Oculus Touch controllers (it’s a Rift exclusive), then it’s in Defector. You’ll be able to solve problems in multiple ways, and the choices you make during dialogue will impact how missions play out. You can read Tyler’s hands-on preview here .

It was initially due to release at some point this year but, given that it hasn’t been given an exact date, we’re assuming it’ll be pushed back to 2019. It’s from the team behind VR adventure game Wilson's Heart, which was solid.

MechWarrior 5 is looking more impressive every time we see it —and it may well ship with VR support. VR is a natural fit for in-cockpit mech games, and in an interview with Gaming Shogun in October, Piranha Games president Russ Bullock said the team was thinking “very seriously” about a VR version. Hopefully we’ll find out for sure soon.

A Fisherman’s Tale is a co-op puzzle game where you team up with… yourself. As a wooden puppet trapped in a lighthouse you’ll solve puzzles by manipulating both the room you're in and a miniature, dollhouse version of the very same room. On top of that, if you look to the sky you’ll see a giant version of yourself peering down—and all these layers of reality interact.

For example, if you break a tap and spray water into the miniature room, water will come spilling into your room from on high. It’s properly mind-bending, and we’re looking forward to wrapping our head around it.

Respawn has kept quiet about its untitled VR game, but we know that it’s coming next year, that it’s shooting for a "realistic" depiction of being a soldier in combat, and that it won’t, sadly, be Titanfall VR. But given how good both Titanfall games were, it’s still worth keeping an eye on. 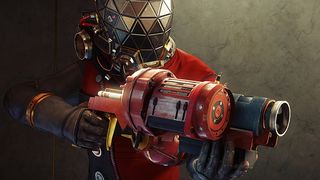 Prey is getting two VR game modes: Typhon Hunter, which is a PvP prop hunt-style hide and seek challenge, and TranStar, which is the one we’re more interested in. It’s a set of singleplayer escape rooms set on Talos I. They’ll take 30-60 minutes to complete, and will involve multiple puzzles strung together.

Both modes were due out this year, but again, we haven’t heard anything since the summer, so 2019 looks likely.

Failspace is a tongue-in-cheek co-op game about trying to put out fires—sometimes literally—aboard a spaceship that’s falling apart. It’s split into short missions, each of which has its own disaster to deal with. It’s got a whiff of Keep Talking and Nobody Explodes to it in that one person, the Captain, has a troubleshooting manual and has to bark out instructions to the rest of the crew. It could be a laugh if you’ve got a few friends who own headsets.

A neat puzzle game about building contraptions out of bits of wood and metal to guide silver balls from one point to the other. It’s looks satisfyingly physical: your chain reaction machines will push, bump, flick and drop those balls along your self-built courses in either a story or sandbox mode. It looks simple, but even at an early stage (the video above is from 2017) it looked polished, and the sound is spot-on.

Yes, it’s a battle royale, but don’t turn away in disgust just yet. It’s one of the most ambitious battle royales we’ve seen—you can build, blast jetpacks, climb any building and fling yourself off the top, gliding away from danger. VR doesn’t yet have a standout battle royale game. This could be it.