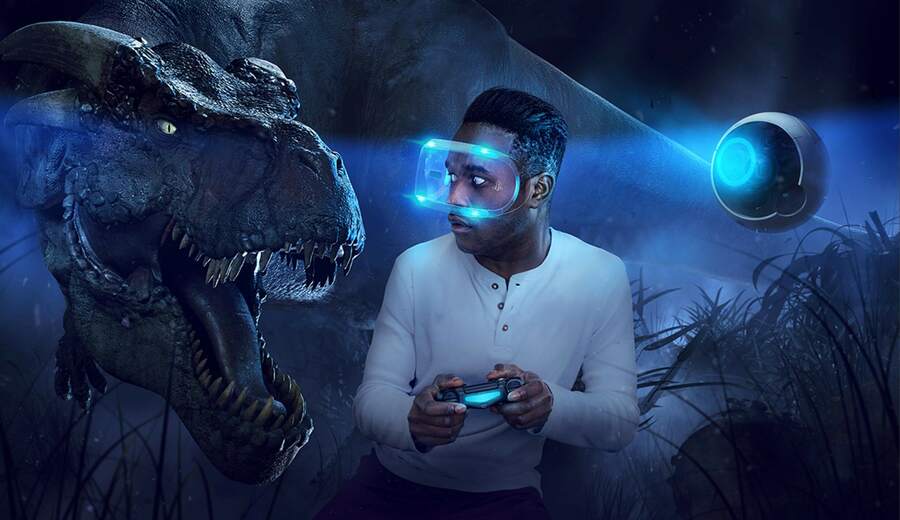 Rightly or wrongly, Sony’s earned a reputation for scrapping unsuccessful products. I don’t think it’s always fair because, when you see the sales data on PS Vita’s software for example , you can’t really expect a company to keep throwing cash at a system that’s clearly never going to stick. That said, there was concern from some gamers that if PlayStation VR failed to move enough units, the Japanese giant would walk away from it, leaving early adopters with a pretty pointless piece of wearable plastic.

Virtual reality is still very much in its first generation guise, and it’s nowhere near achieving mainstream popularity. As we understand it, PSVR is by far the market leader , but that’s something that has even frustrated Sony, as it believes in order for the medium to be successful, all of its players need to be doing well to grow the audience. The fact is that the sector has got off to a slow start, but it’s still bubbling away nicely and there are no signs of it going away anytime soon.

Regardless of commercial performance, though, I don’t think you could ever accuse PlayStation of scrapping support for PSVR – it’s quietly had an outstanding year. As was the case in 2017, the headset’s been serviced with a mix of big and small games right throughout the year, but as virtual reality developers get more experience with the technology, we’re starting to see the quality of the overall content improve now. There are still gimmick games, sure – but there’s some genuinely high quality stuff, too. 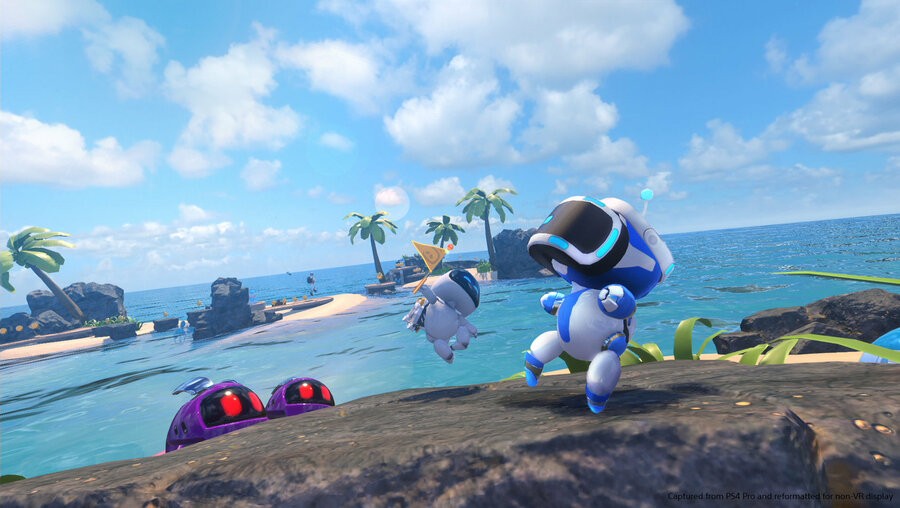 No more is this obvious than with Astro Bot Rescue Mission , a game with a terrible name that’s been attracting acclaim from critics all over the world. The title currently commands a score of 90 on Metacritic , making it the seventh highest rated PlayStation 4 game of the year and also the best scoring virtual reality title ever – across all headsets. Asobi Studio's platformer is brilliantly married to PSVR , making for an inventive, innovative experience that’s impossible on a standard screen.

But it’s not been the only highlight in 2018, as the games have been coming thick and fast all year – impressive when you consider that things started on a bum note, after Supermassive Games’ duo of The Inpatient and Bravo Team failed to meet expectations. Sprint Vector , for instance, offered a unique take on the racing genre, bringing a Jet Set Radio -esque roller-skating format to PSVR, and pairing it with a really unique arm-pumping system, which is super satisfying to perform .

It was followed by Moss , a puzzle platformer that in many ways shares similar ambition to the excellent Astro Bot Rescue Mission. While it’s not as large or polished as Sony’s attempt, it’s undoubtedly worth playing , as a gorgeous fairy-tale world is brought to life inside the headset. Through the summer we got 2MD VR Football , a very likeable quarterback simulator with an arcade angle, as well as space exploration game Detached and the simply stunning WipEout Omega Collection update. 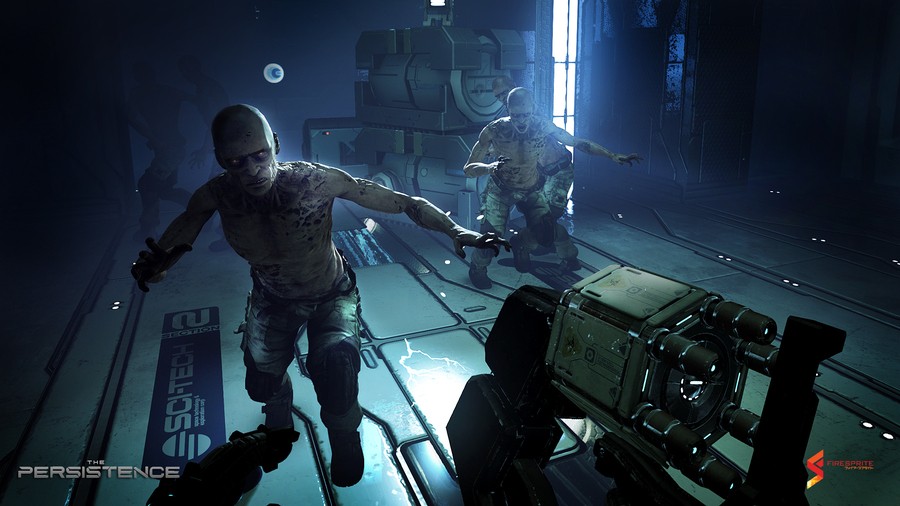 And then The Persistence , an intense survival horror blending elements of Dead Space and Rogue Legacy to brilliant effect. While there’s no doubt that PSVR has generally been home to smaller scale experiences, titles like Firesprite’s sci-fi stealth-‘em-up show that you can build replayable, full-length campaigns specifically for the headset and make them work. But it’s not always about traditional games: Electronauts demonstrated how PSVR can be used as an amazing interactive interface for audio, too.

Firewall: Zero Hour may not have been one of my personal favourites, but a lot of people swear by the Rainbow Six -inspired tactical shooter, and there’s no question that being in virtual reality really enhances the sense of presence that you can experience in these kinds of online games. And we’ve seen titles like Transference and Déraciné really up the ante when it comes to narrative releases, with the technology embedding you in their worlds in order to give their stories added oomph.

It’s not even the PSVR exclusives that have impressed: Tetris Effect is totally playable on a television and is an excellent experience there – but it’s transformative in virtual reality , a true borderline spiritual experience that takes the traditional Russian puzzler and builds a mesmerising masterpiece around it. And we’re not even done with the year yet: one of the PC’s most popular VR titles, Beat Saber , is just days away.

This is one of those games that’s best played with Sony’s PSVR Aim Controller, though, so take note if you don’t already have it. If you’ve just picked up a headset in a deal somewhere then this should be your first port of call to load it with some of the best games. 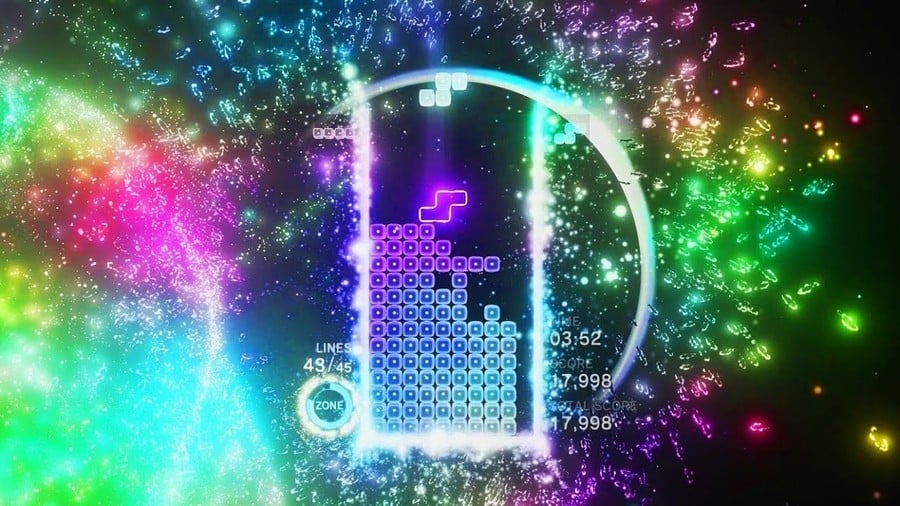 So I won’t hear a bad word be said about PSVR this year – the software lineup has perfectly complemented the major, non-virtual reality blockbusters that have released, and there’s been a great mix of big and small experiences across a wide array of genres. It’s been one of the highlights of a great year of gaming for me, and while the headset has been bubbling under the radar a little, I think it’s time we took a step back and gave it a pat on the back.

Have you been impressed with PSVR this year? What have been your favourite games? Have you been tempted to pick up the headset after all the positivity? Enter a different dimension in the comments section below.