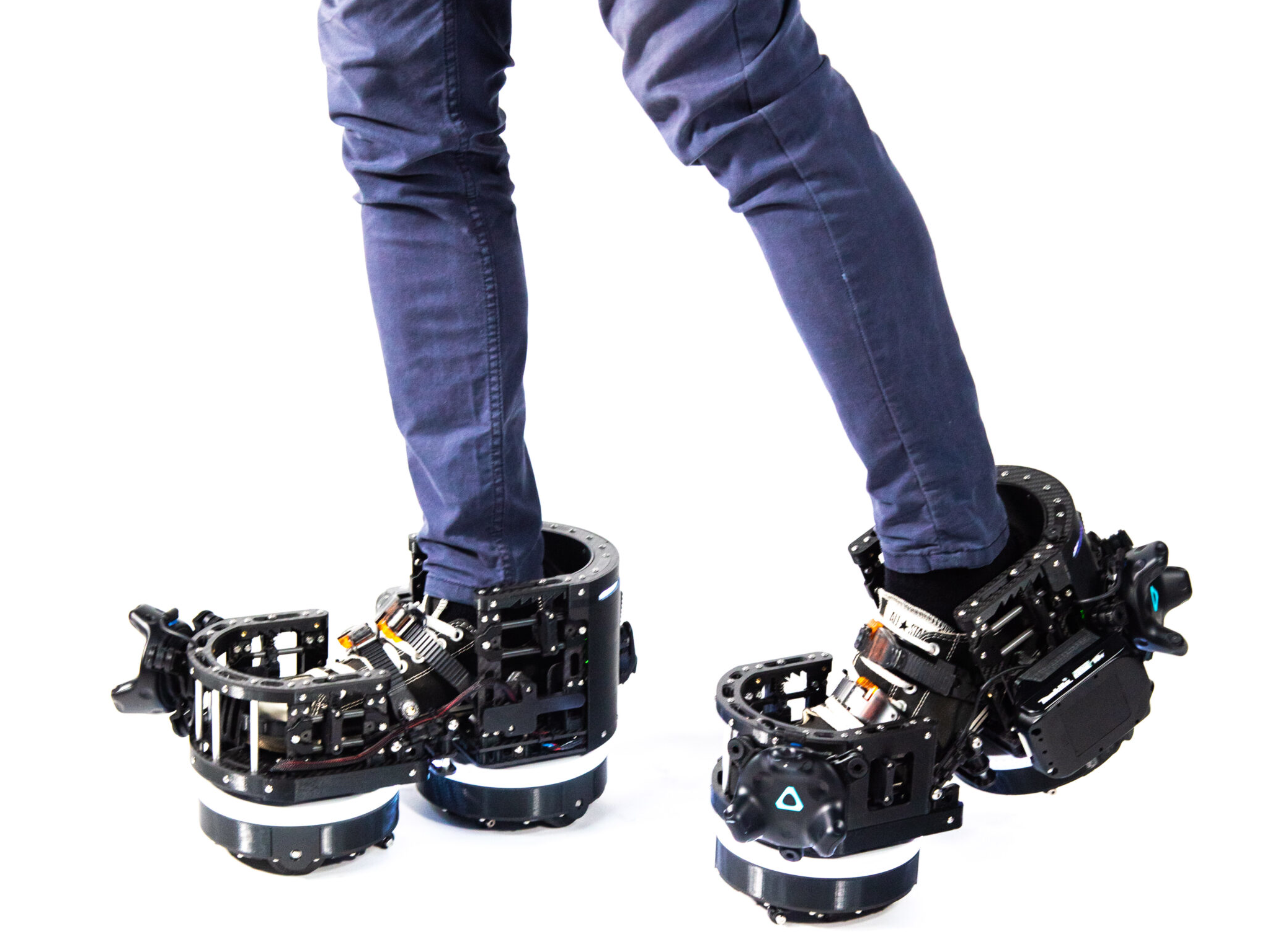 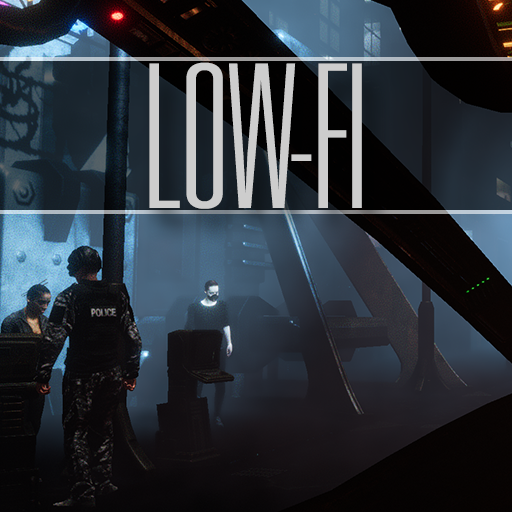 What is WREST Versus?
You are the Anomaly.
LuLu's systems are infected. You almost have full control of the Neptune. If Andy reaches the LuLu lab and purges the system, you will lose. You Must Stop Andy.

In this player-to-player, local versus version, Player 1 uses the head-mounted display (HMD), while Player 2 joins via iOS.

Player 1 plays as Andy Bishop, trying to find a way to open the LuLu Lab doors to destroy the Anomaly's virus. Player 1 must avoid traps, hack puzzles, and combat enemies all placed by the enemy player, Player 2. You are the Anomaly. Stop Player 1 from gaining entry to LuLu's mainframe room. Track Player 1's movements on a 2D map, accumulate resources and use them to place enemies and traps to thwart Player 1's mission.
Key Features

• NOTE: THIS APP REQUIRES A SECOND PLAYER AND THE WREST VR PC GAME TO FUNCTION

• THIS APP WORKS WITH LOCAL MULTIPLAYER ONLY

• Using the iOS App, become the Anomaly, an alien virus that has infected the starship Neptune and entered the dreams of its stasis passengers

• Fight against the other player as they try to stop you from destroying LuLu, the ships' self-aware AI computer!

• As the Anomaly player, use the Neptune's systems and defenses, and some of your own tricks, to defeat the other player before they stop you.

The game is said to feature a heavy emphasis on physics-based melee combat that favors skill over flailing, but Oculus says it won’t just be a series of arenas; we saw recently that moments in between combat will include looting, puzzle solving, and interactions with characters and the environment .

• Choose from over 12 abilities to activate or drag and drop on your enemy, such as

• Choose from four different types of horrific monster to deploy and defeat the player, both mechanical and biological

• Cause trouble by triggering scary sounds, malfunctioning the player's weapons, and turning off the enemy player's light source
• Place obstacles in the player's way and use them to your advantage

• Open, close, and lock doors with different types of devices to trap the player

• Upgrade your resource gathering capabilities by tactically placing resource boosters that feed off passengers in stasis. 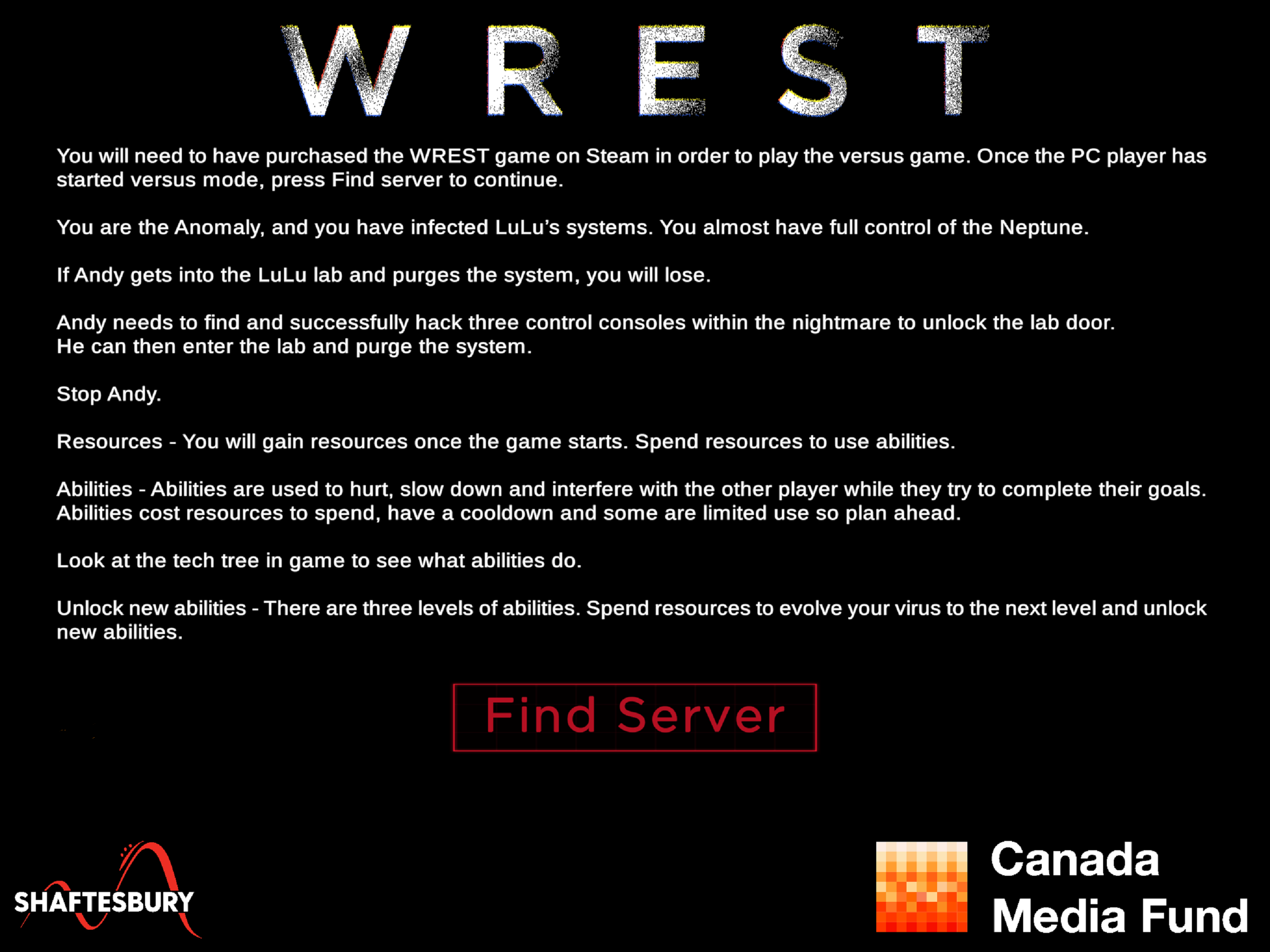 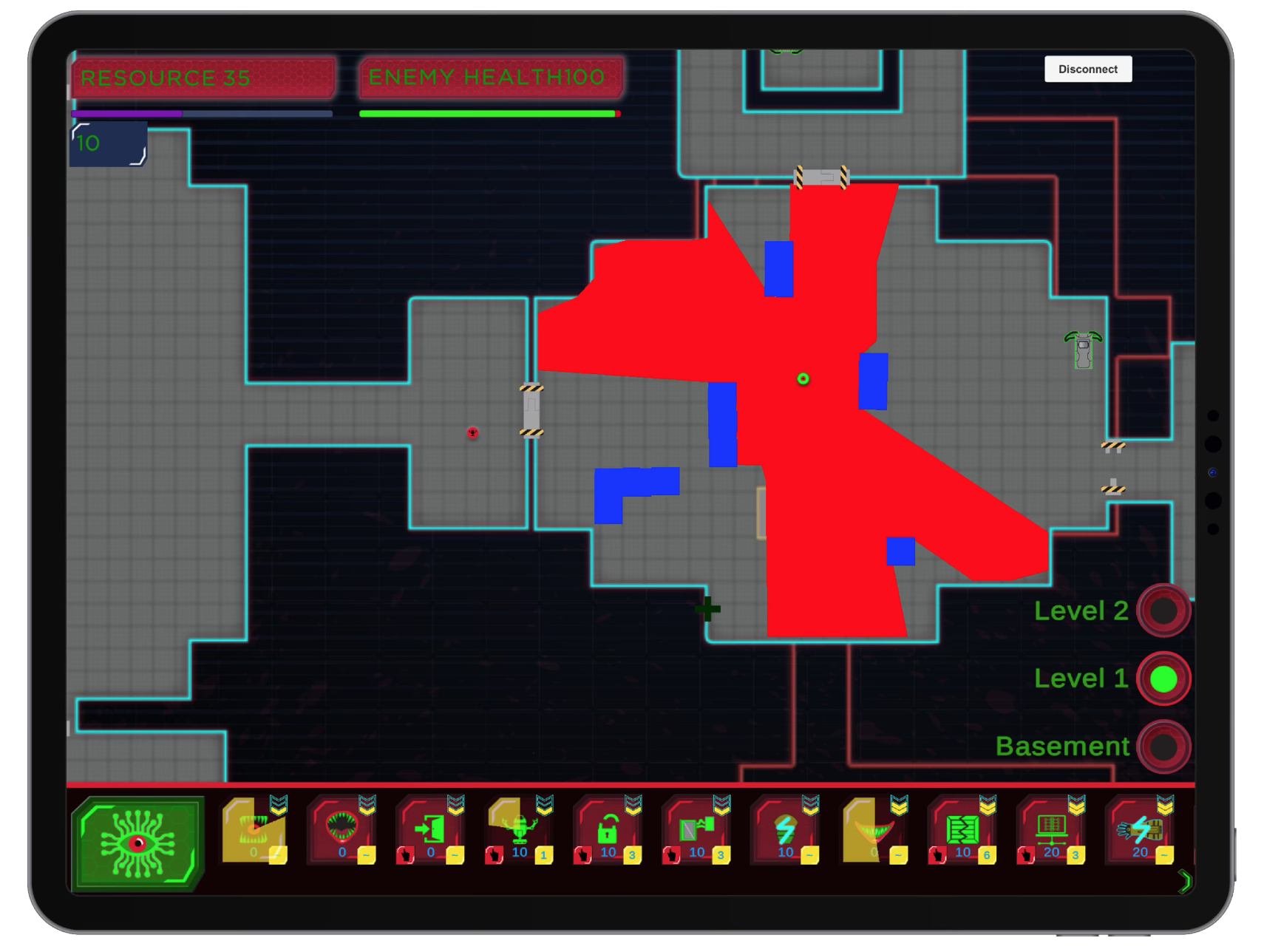 This game is not a stand-alone app. It is intended for use in conjunction with WREST. VR headset is required. Local network competitive play with iOS and VR player. You need to have purchased WREST on Steam.

WREST is a sci-fi horror VR game about delving into nightmares to save an out-of-control spaceship from disaster. Solve a dark, twisted story and master edge-of-your-seat combat — but whatever you do, don't close your eyes. Available now on Steam. 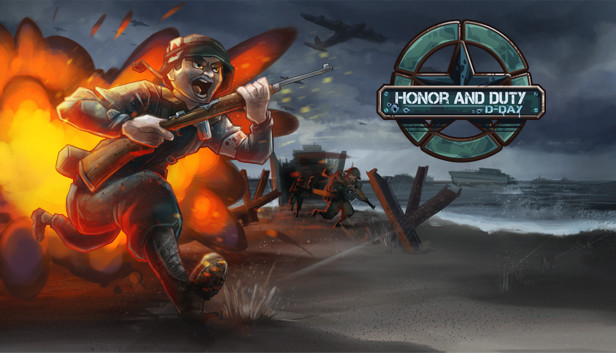