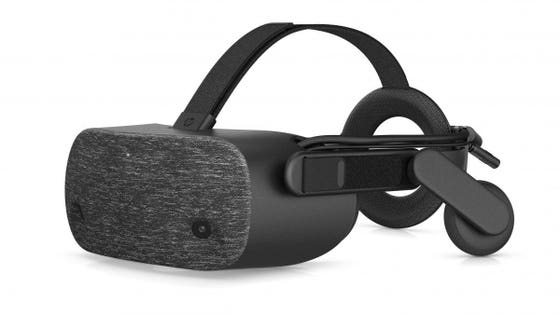 HP's New VR Headset,'Reverb', Is A Breath Of Fresh Air

To be frank, the Virtual Reality is the talk of the town in almost every part of the world in this 21st century. The year 2018 going to be the rock the sales of the VR headsets all over the world, India is surely not an exception in that list. Well, before getting into the list of best Virtual Reality headsets available in the Indian market, let’s have some brief about some basics about VR headsets.

What is VR headset?

Well, Virtual Reality is the artificial makeover the human senses like touch, feel, hearing, and so, offered by the special device which will be used to view the clip/movie. In most cases, the VR devices are being utilized in order to play the virtual computer games. The idea about the Virtual Reality was firstly hinted in the novel released in 1982, later it becomes possible in the real life.

What to look out while buying VR headset?

In the Indian market, one can able to find a variety of VR headsets in various price tags starting from around Rs. 500 range to over Rs. 50,000 range. In general, the VR headsets are group into three categories cheap range, Mid Range, and High-end products. Here are the certain things to look while buying VR headsets.

Here are the lists of best Virtual Reality headsets in all categories available in India.

The usage of HTC Vive will give the users to experience the great games and it provides them a high number of Intuitive controllers. In simple words, it is the supreme VR headsets which you can buy from the Indian market.

However, it still has certain drawbacks. Apart from being a high-cost product, the VR device requires special setups and complicated wiring, In order to offer elegance of VR, also it requires large amount space for set ups.

This VR headset product from Google was released followed by the successful release of the affordable Cardboard VR which was a huge trend on the cheap and as well as the Mid-end users.

The Daydream view headset of Google is one of the most successive products in the Mid-range VR headsets models. The product comes with a special remote control facility, where you can change and fix the controls according to your likeness.

Apart from being affordable in all aspects, the VR headset allows its users to view the any place in the world in form of street view right from being at their room. Though the headset offers you the high effective motion control ability to the viewers, the heating issue of the headset is the big minus and also users reports that there has been few light leak problems in the Google Daydream View VR headset.

It is a well designed VR headset in order to provide better gaming experiences to the users. The product is mainly launched on focusing the PS4 games; also, the inclusion of the higher end hardware in the PlayStation VR headset gives the users a better Virtual reality experience.

The PlayStation VR headset comes with multiple control option, users can either user controller provided along by the VR headset or by the purchasing the unique and separate PS move controller which are available in the Indian market for availing those control options.

The special design of the PlayStation VR gives you the sufficient inner space which allows the users to wear the eyeglasses while playing games or viewing videos. Though, the PlayStation VR headset comes with a huge collection of PS4 gaming library, its many additional accessories to be purchased separately by the users in market.

If you are a serious fan of Virtual Reality Headset then consider purchasing the high-end VR headset Oculus Rift. It gives you the superior experience of Virtual Reality especially for gamers who can enjoy the huge set of value added aspect with this headset while playing higher end VR games in their personal computer.

In order to avail the full working features of this Oculus Rift VR headset user are supposed to have a higher-end computer. Literally, a computer with high-end configuration can yields better outcome from this VR headset.

The Oculus rift gives its users a perfect VR gaming world along with the best game controlling features. Apart from being so comfortable to wear, few users experienced side effects like nausea after using this VR for pro-long hours.

In order to provide offer better VR aspects to the Galaxy smartphone users, the adaptability of the Gear VR headset has been limited to the only galaxy smartphone. The controller which is provided along with the VR headset is the real advantage.

The product comes with cheap price in the market, which can be affordable by almost every smartphone users of India. The VR headsets have huge collection of custom applications and games in the Samsung app market.

Having non-rechargeable batteries for the controller will be the biggest minus next to the VR headset adaptability only on Samsung Galaxy smartphones.

The built-in touch technology of this VR headset product along with the speakers adds extra value to the product. Also, users can witness the smooth touch button on the sides of the headset which can give supreme controlling options.

The product has been specially designed to provide better eye safety to the users and also the presence of the adjustable lenses and nobs give a complete comfort to the users. The product is completely made up of best and high-quality materials that gain a lot of trust factor among the users.

Even the product My VR Googles Infinity has not been listed in the cheap models; still, it gains a lot of popularity over the Indian smartphone users. To be frank, it is one of the topmost selling VR headsets in the Indian region.

The adjustable tray, lens, will give the users more comfortable and also it gives the real advantage for the users who are having different eye sights. The high-quality lens won’t compromise on the visual quality and offers the users a real fun on playing with VR games for long time.

The Advent Basics VR headset comes with the capability of adapting to the smartphones having the screen size of 4.7 to 6 inches. This particular mid-range VR headset gives you the pleasure of enjoying movies, videos, games in the virtual world.

Improved hardware and software could boost sales If we want to make a prediction about the future of the VR industry, we shouldn't only look at numbers, but also the common problems the average consumer has with virtual reality headsets and how manufacturers are addressing them.

The built-in features of earphones, volume controlling aspects, call answering aspects, pause features would give you the extra value for preferring this mid-range VR headset. The peculiar physical design of this VR headset which is in V shape won’t pressure your eyes and provide comfort while watching videos.

This lower end VR headset gives you the experience of paying high-quality motion sensing games. The VR headset comes with the adjustable features of Focal length and also the pupil distance, with that it ensure the users have full visibility over the videos being watched.

The VR headset has enough space for the users to wear their eyeglasses while watching videos on it. The physical structure of the VR headset is highly compatible with Google cardboard and gives the users a 360 degree panoramic visual over their beloved 3D games and videos.

It is one of the mid ranged VR headset products in Indian market which is manufactured with the high quality plastics. The Aura VR Pro is specially designed to handle the smart phones models which are having the screen sizes from 3.5 to 6 inches.

The VR headset comes with the affordable Bluetooth enabled gaming remote which has all the controlling features in it. In order to have pleasant experiences with the Aura VR Pro, the smartphone must have Gyro, proximity, and magnetometer sensors enabled.

The biggest plus of Aura VR Pro is, it supports android mobiles starts with the OS version 4.1 onwards and have a dedicated customer support team.

HP's New VR Headset,'Reverb', Is A Breath Of Fresh Air