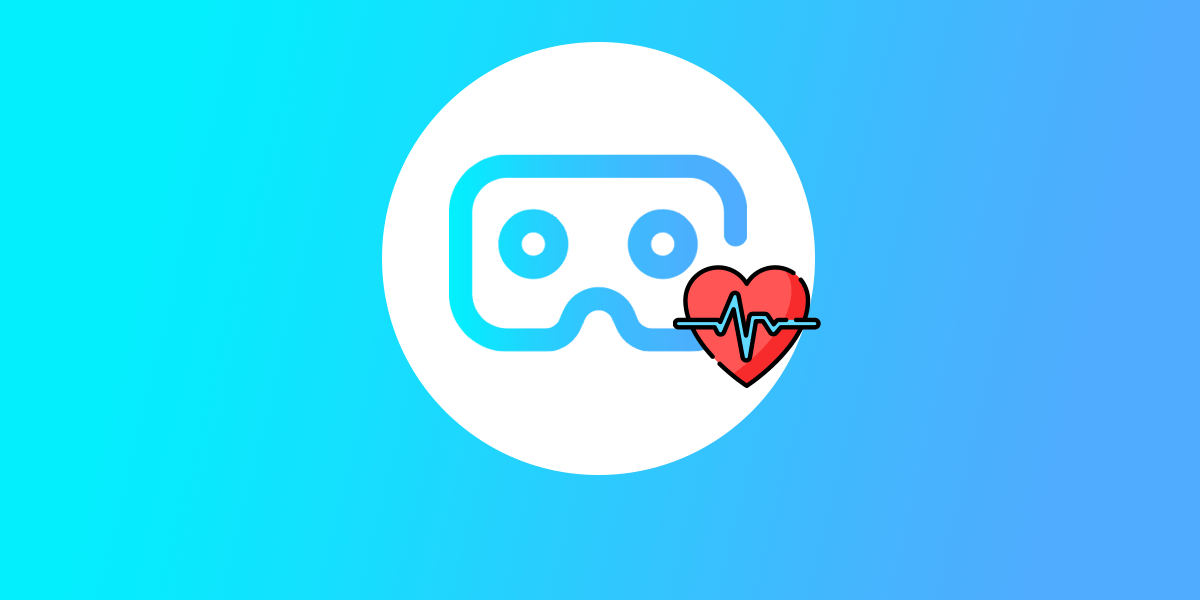 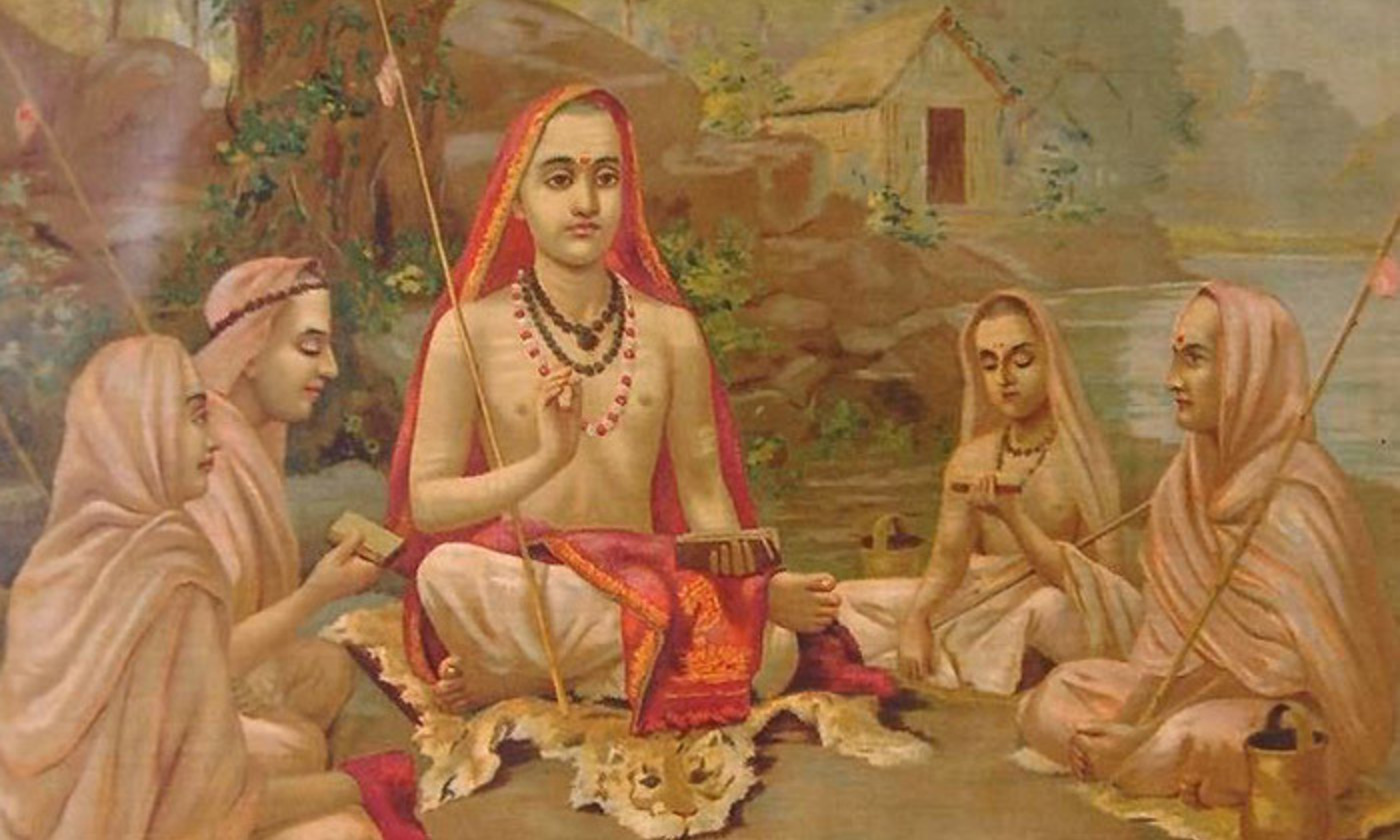 Modern technology is akin to the metaphysics of Vedanta 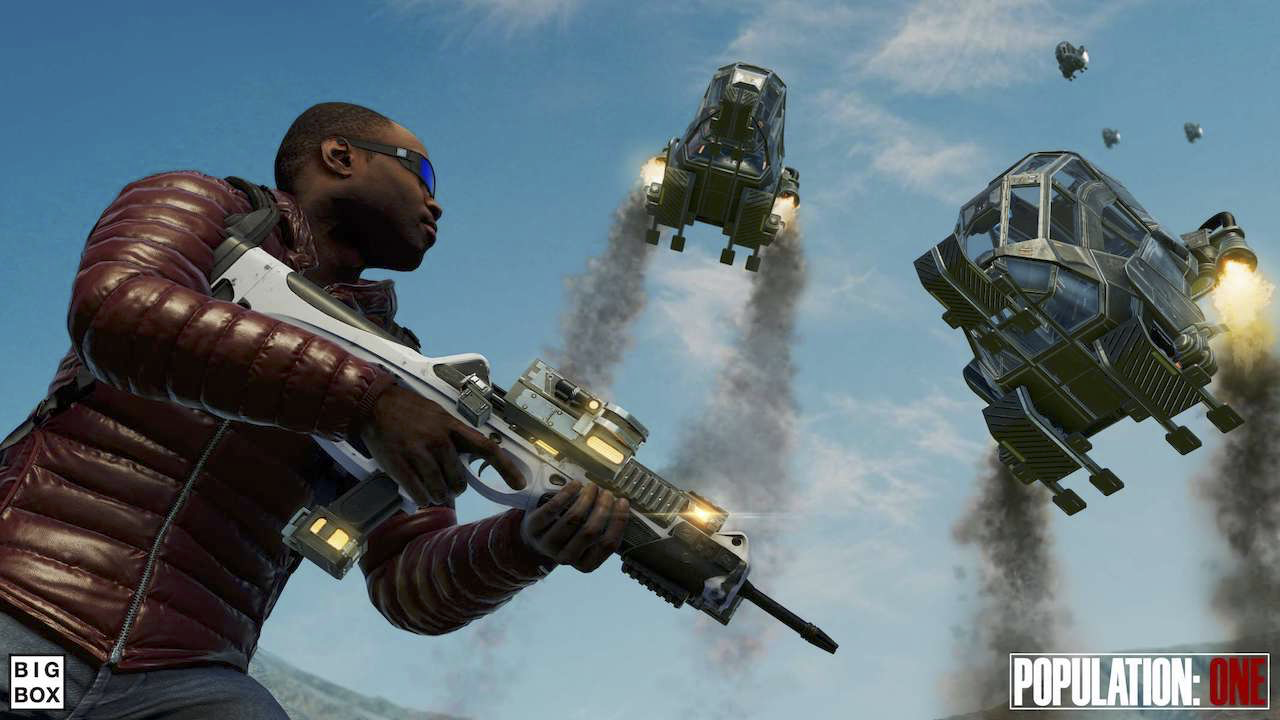 It is now (almost) possible to be embodied in realistic fashion within a virtual body. Although this reality could pave the way for new therapies, it also raises certain questions. The computer scientists Bruno Arnaldi, Pascal Guitton and Guillaume Moreau provide an overview of virtual embodiment technology.

Who hasn't imagined themselves in another person's body? This strange experience is now within reach through what is known as "virtual embodiment" technology. Virtual reality (VR) already enables changes in place or time, and can now be used to also alter the perception we have of our own bodies by way of sensory illusion, which corresponds to our brain's most plausible interpretation of sensory stimuli in accordance with our prior knowledge of the world.

If the virtual situation is highly plausible, users feel embodied within another body, present within the virtual world, in which they can interact as they would in reality. This is the stuff of dreams for fans of both gaming and more educational serious games, but not exclusively. The method also claims to have both therapeutic value—especially in the treatment of phobias and chronic pain, and for improving perception and self esteem—as well as scientific value, for instance in studying behavior as it relates to our physical appearance. But where exactly do we stand? What are the technological obstacles and ethical questions? 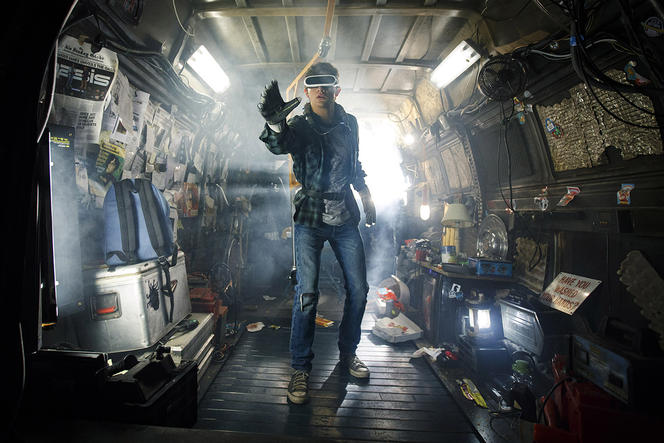 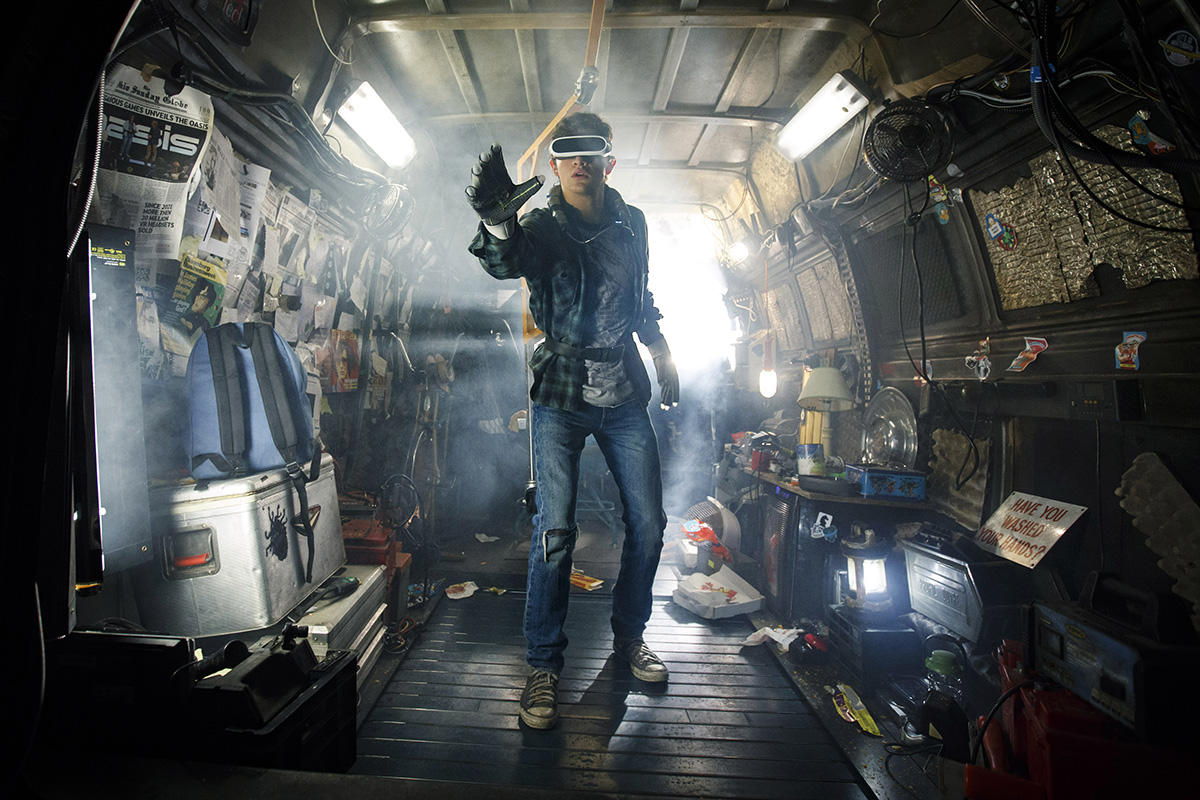 Back to the origins

For a long time, sensory stimulation in VR was incomplete and especially conflictual, generating uncomfortable situations such as the well-known “simulator sickness,” for example. Some researchers therefore began to use these discrepancies by creating what they called pseudo-sensory perception, generally by basing themselves on a dominant sense, most often vision. One of the best-known examples is pseudo-haptic feedback, in which a subject presses down on a spring with their fingers by using visual feedback on a screen. The spring's stiffness feels different, although it does not change during the experiment.

This research has had a number of outcomes involving different sensory forms: hearing, touch, and taste, without forgetting proprioception, the poorly understood sense that allows us to perceive the static and dynamic state of our own bodies. The joint use of sensory stimulations that do not conform to reality, along with VR headsets that mask the user's own body, bring about a new form of pseudo-sensoriality called virtual embodiment. One of the most famous examples, the rubber hand illusion, dates back to the 1990s. The participant sees a rubber hand before them, with their own hand remaining invisible. The person conducting the experiment then stimulates both hands simultaneously. After a certain amount of time, the participant can no longer truly tell which one is their real hand. A forceful stimulation (a blow for example) on the rubber hand prompts the participant's real hand to be pulled back, as though the participant were being attacked. 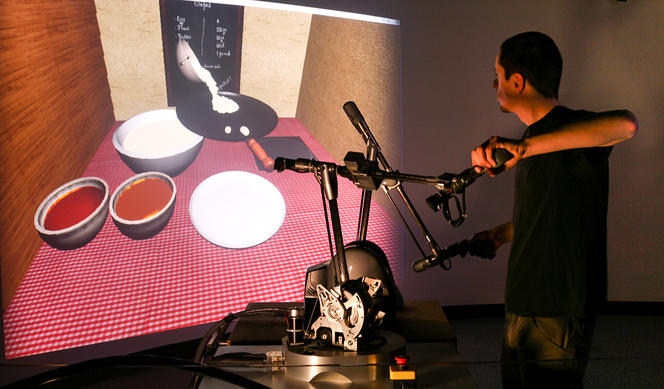 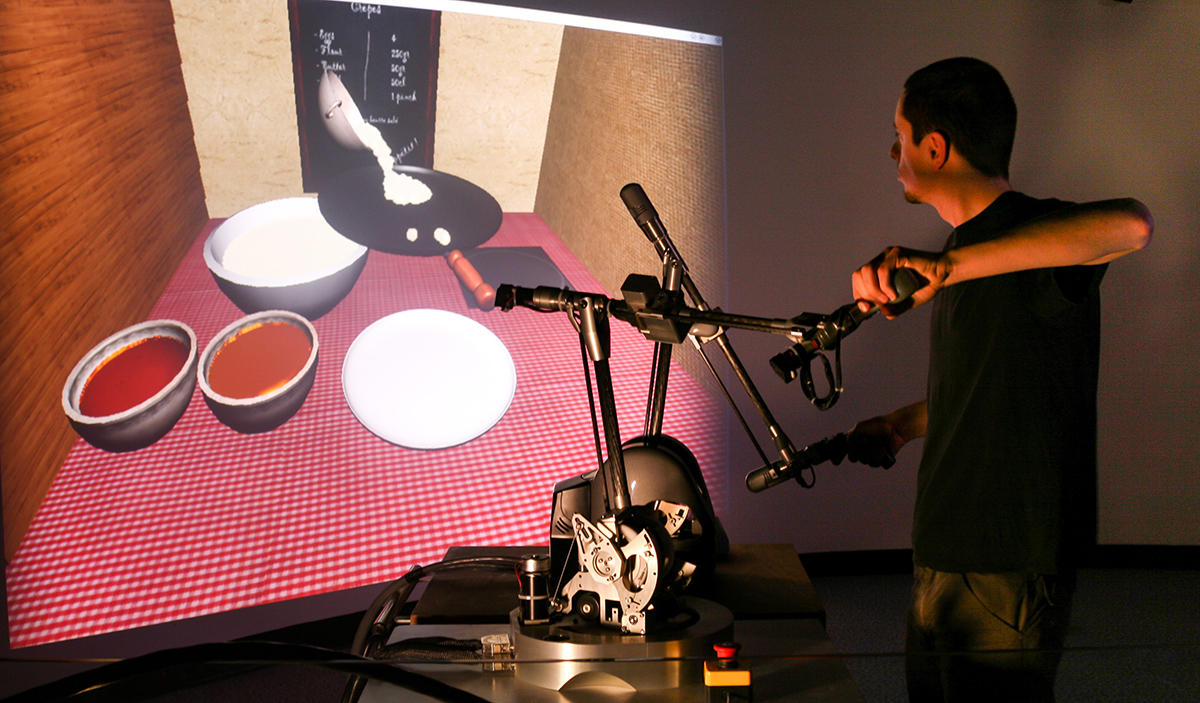 These approaches raise complex questions from an ethical point of view. Thanks to the technological progress made in the animation of avatars, all kinds of illusions are possible, including increasing the size of a leg, adding a sixth finger or a virtual tail, among others. This can also involve the body as a whole, for instance adult participants being embodied in a child's body, changing skin color, embodiment in an obese body, etc.

"Flat out, people's physical relationship to their own body has somehow been stripped out of the equation." My technology, myself Inside the glowing room-sized cube of The Dial, one viewer -- dubbed the navigator -- and two other people walk around a table with iPhones that reveal augmented-reality characters acting around a projection-mapped miniature house.

Yet these transformations can also lead to major changes in behavior. For example, the virtual change of skin color led to a decrease in ethnic bias among participants in the short and medium term. Some studies go even further in encouraging behavioral changes for therapeutic aims (more physical exercise, getting better at public speaking...). Clinical tests remain to be conducted to confirm effectiveness. And if this effectiveness is demonstrated, up to what point are changes to an individual's virtual appearance and behavior acceptable?

These experiments are now being conducted in the very short term, and often after validation by an ethics committee; they nevertheless raise questions regarding their consequences should they be used for longer periods of time, in less supervised settings, or in connection with particularly memorable experiences. Mel Slater's recent experiments on near death experiences, for example, involved embodiment within a virtual body near the end of its life to lessen the fear of death.

While France’s Agence nationale de sécurité sanitaire de l’alimentation, de l’environnement et du travail (Anses) has just initiated a working group on the health effects of VR, studying the consequences of virtual embodiment on health, lifestyle, and social behavior must be a priority. For in the future, these devices will leave the laboratories where professionals inform and support participants, and will be accessible to large numbers of people beyond any kind of framework. An analogy can be made with VR headsets, which were initially limited to professional use, with supervision and time limits, but then became widely available, especially to the gaming community. For this group, physical embodiment could increase already demonstrated risks linked to video games, which combine the physical symptoms of addiction with desocialization. 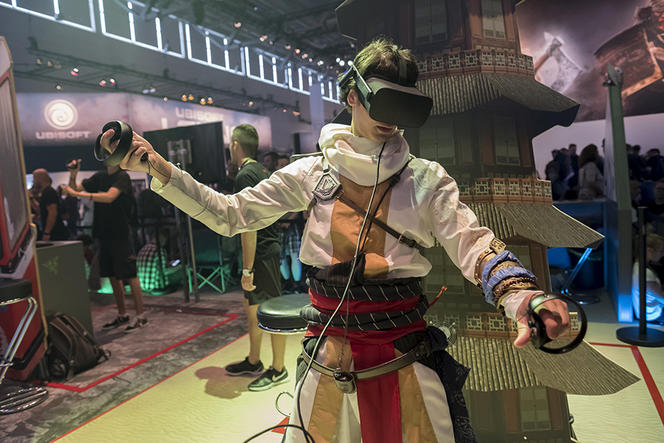 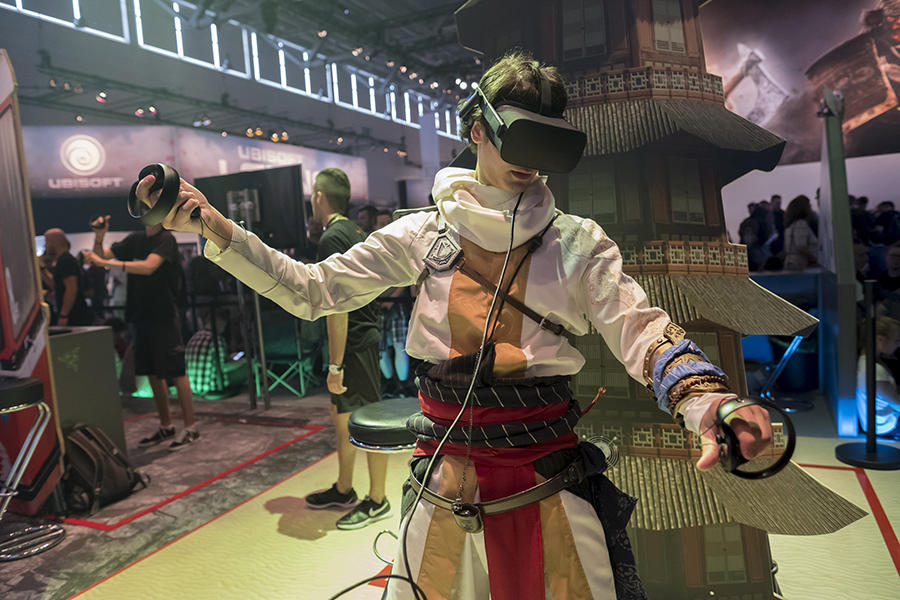 ...and a few technological obstacles

While the ethical questions are considerable, the technological obstacles are no less important, as the representation of the body and its deformation remain extremely difficult. In a very short amount of time, the movement of the participant's entire body must be acquired, possible deformations calculated, and the results displayed. Any delay or lack of plausibility in the result can lessen the feeling of "presence."

Moreover, sensory stimulation can surpass the purely visual framework, as the representation of the user at an older age could also lead to a change in the process. Great progress remains to be made, both in the realtime graphic depiction of facial expressions and the modelization of human behavior.

Another challenge raised by the feeling of presence is that since this perception is crucial to make virtual reality seem real to the user, scientists need to find better ways of getting instant real-time objective feedback—which is currently impossible using current questionnaires. One avenue for doing so is to conduct physiological measurements with brain/computer interfaces (based on electroencephalograms).

While these techniques still struggle to distinguish relevant signals from "noise," they continue to be explored, with some even imagining their use to capture the movements the user wants to make "at the source," rather than using cumbersome motion capture outfits.

Virtual embodiment involves numerous disciplines ranging from computer science to mechanics, neuroscience, psychology, ethics, and philosophy. We believe that only in combining them all will we be able to fully grasp this fascinating notion... and control its possible risks.

The analysis, views and opinions expressed in this section are those of the authors and do not necessarily reflect the position or policies of the CNRS.

Modern technology is akin to the metaphysics of Vedanta