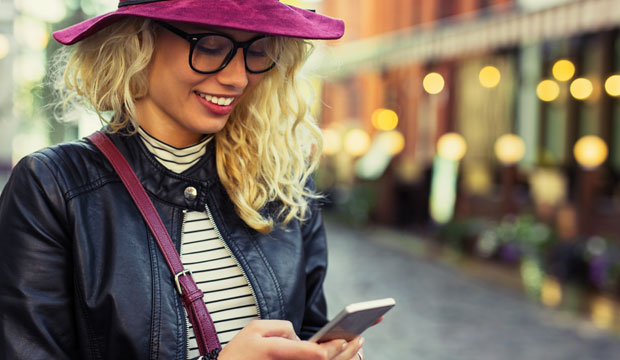 Women in Tech: 20 Trailblazers Share Their Journeys Successful women in the tech trenches share their insights and tackle subjects ranging from how to search out a strong mentor to how to be one -- from how to advance in a large company to how to start your own firm. Get the Kindle or Paperback . Amazon's Alexa mobile app has a new look.

The company on Monday introduced an updated version of the app that aims to give users a more personalized experience and moves all third-party "skill" suggestions off the main screen.

The app is being rolled out this month for iOS, Android and Fire devices, and should reach all users by the end of August. At the top of the new main screen is a large, blue Alexa button with a reminder that tapping the button or saying "Alexa" will get the digital assistant revved up.

Below the blue button is a series of items based on an individual's past use of the program, intended to make it easier for a user to pick up where they left off when they last used the app.

The app is more friendly to first-time users, making suggestions about what they can do with Alexa mobile. 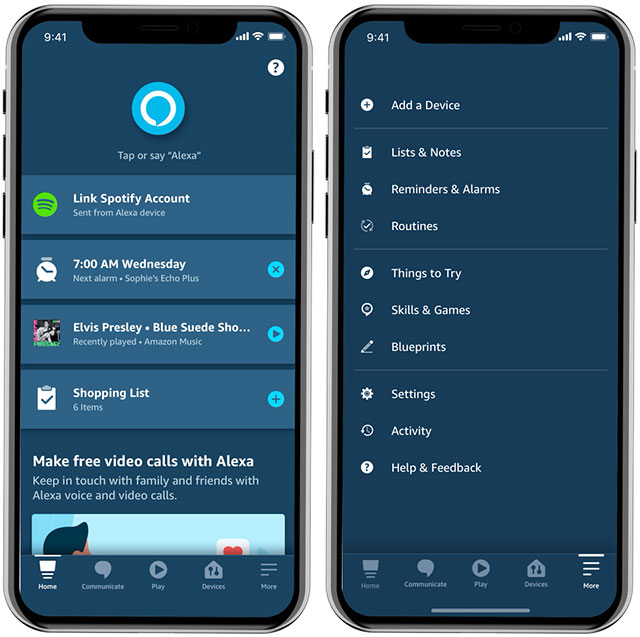 "What they're trying to do with the new design is help new users, users who may not have the competency of more tech savvy users," said Mark N. Vena, a senior analyst with Moor Insights & Strategy. "They see an opportunity to enhance their app and make it more usable and intuitive," he told TechNewsWorld.

Vena explained that the older Alexa mobile app could be confusing, especially when using it to control multiple smart home devices simultaneously, an affliction that isn't limited to the Alexa app.

"At retail, the smart home category has exploded, but it is also the number one product at retail that gets returned," he said. "They have a return rate of 20 to 25 percent, not because they don't work, but because people can't figure out how to use them."

Amazon seems to have an eye on the future of the smart speaker market with the redesign of the Alexa mobile app.

"As smart speaker adoption continues to grow, the user base has begun to tilt more towards a less technically adept consumer who is less likely to use the app to create reminders and routines and download new skills and voice apps," observed Kristen Hanich, an analyst with Parks Associates.

"The new app design will better support the actions users take when opening and using their Alexa app," she told TechNewsWorld. This means allowing users to more easily control their music and allowing users to pick up what they left off doing on their smart speaker or display."

"De-emphasizing the third-party skills helps Amazon create more real-estate in their app for personalization," she added.

Personalization is critical for an app like Alexa mobile, maintained Rob Enderle, president and principal analyst at the Enderle Group.

"They should learn who you are, what you want, and to deal with the nuances in your speech," he told TechNewsWorld. "Once they learn how to deal with you as a person, you should have much better experience with the app and be more willing to use it."

He said that the redesign makes the app less of a voice front-end for Google and more like what it was originally marketed as -- a digital assistant.

He noted that a facelift for Alexa mobile is long overdue, but added, "Interest in these kinds of apps have dropped off in general, mostly because people got frustrated with how they work."

One of the problems Alexa mobile has faced is its device position, something Apple and Google don't have to sweat about because they control the operating systems on most smart phones. "That's something Amazon is looking for this update to address," said Jonathan Collins, a research director at ABI Research. A mobile app, though, may have less value in the Alexa universe than it would have in some other ecosystems. "Alexa's primary strength has been in the smart home with dedicated devices," Collins told TechNewsWorld. "With an Alexa home environment, much of the functionality offered by handset integration is less useful."

A new iPhone app allows you to capture two high-quality video streams simultaneously from any of the mobile device's cameras.Called "DoubleTake," the free software is produced by FiLMiC, based in Seattle, which also makes a pro style video capture and editing app for the iPhone.

Nevertheless, the app can still be a key component for the Alexa ecosystem.

"The smartphone is not the central point of interaction for a lot of Alexa commands, but with Alexa, we interact with a lot of services that have a smart phone component," said Ross Rubin, the principal analyst Reticle Research.

"So in many ways, this app remake is more about the bridge to those services," he told TechNewsWorld.

Under the redesign, the app's advanced features -- Reminders, Routines, Skills and Settings -- have been moved under a "more" button on the home screen. In addition, third-party voice apps have also banished from the main screen.

"Discoverability remains a problem for a lot of these voice apps," Parks' Hanich said. "It's difficult to find what you're looking for unless you go digging through the Alexa app."

Quality is another issue with the apps. " The issue is similar to what the smartphone app stores experienced early on," Hanich explained. "They were originally flooded with low quality experimental designs that didn't provide value to consumers."

"Many were never updated after being released," she explained. "While there are quite a few high quality voice apps available, there's still a very large number of low quality apps in the Alexa Skills Store." Rubin noted that for years both Amazon and Google have been touting the number of skills you can activate via their agents, but it's been very difficult to drive usage of those skills.

"It's tough to remember them," he said. "It's tough to find them. So in this new interface, those things have been emphasized a lot less."

"Amazon is focusing on a core number of things that people most often use Alexa for because the promise of voice control is convenience, but it's difficult to make it scale over a wide array of functions that may not be top-of-mind for users," he added.

Enderle noted that Amazon hasn't exactly set up the skill apps for success.

"No one is really marketing this stuff anymore," he noted. "To change behavior, you have to keep reminding people that these alternatives are in place, otherwise they don't use them, and if they don't use them,, then what's the point in continuing to develop them?"

"If you're not promoting the apps and you're going to make it harder for people to get to them, that's not a formula for success," added Enderle.

As the smart home market grows, distinctions between digital assistants will become fuzzier.

"Digital assistants are blending into the background, becoming less identified with a category of product -- like the smart speaker -- as they were at the beginning," Rubin explained. "That's only going to accelerate because Apple, Google and Amazon are working toward a home automation standard that will allow more interoperability among their ecosystems," he continued. "They need to do that because that's the best way to incentivize builders to put the technology into new construction," he said. "You can't build a house assuming someone is an iPhone user or Alexa user or a Google user."