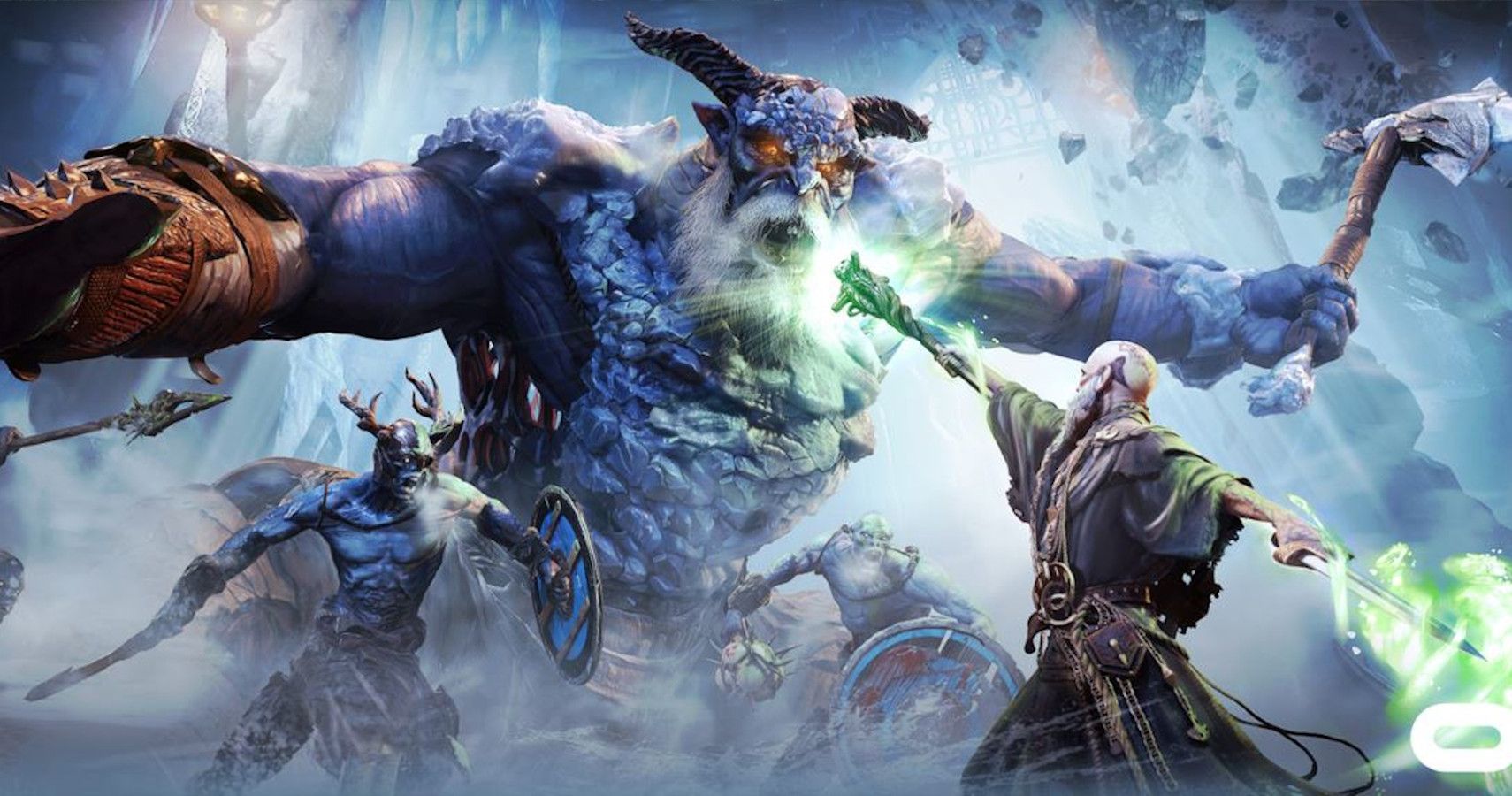 It may only be the first instalment of this episodic adventure but, dripping with earnest passion, this is going to be one to keep your eyes on.

Run Through the Jungle

Since I learned earlier this year that Tarzan VR was on the horizon, I have been swinging (pun intended) between pure excitement and a kind of dull dread. IP games are more often than not little more than bad faith cash grabs; usually completely forgettable, except for the lasting damage to franchise.Last week, we saw the first behind the scenes featurette for the game. I knew from that point that Tarzan VR would be drenched with earnest affection for the source material. I need to be honest here, that was a huge relief. Let's just say that after that, I walked into Tarzan VR™ Issue #1 - "The Great Ape" with higher expectations than I had anticipated myself to.

So, with all that in mind, I suppose only one question remains: how does it hold up?

I suppose it was a rite of passage for most young gamers in the 2000s to be infatuated with swinging mechanics. For most people, it was Spider-Man 2 on the PS2. For me, it was Spider-Man: Ultimate on the PS2.In my opinion, Tarzan VR is a worthy successor to that legacy. Much like during my review of Grapple Tournament earlier this week, I was worried about the game being more of a motion sickness simulator than anything else. But Tarzan VR nails the landing, making swinging from tree to free feel as effortless as it would be for the man himself.

In fact, the quality of this mechanic, in combination with the cell-shaded, comic book style, makes the swinging experience actually quite breath-taking.The world is also designed especially well, meaning that vines are always placed exactly where you'd want them to be. As a result, the risk of falling out the sky when you'd rather not is all but eliminated.

However, swinging remains kind of novel experience the whole way through, mostly because it isn't overused. In fact, it's probably underused.I would be lying if I said there weren't points where I was thinking: "gee, I wonder when I'll get to swing around again?" There is room for improvement in the next two episodes, though, so I certainly expect the developers to show this mechanic off a bit more. The fighting mechanics, clean and PG as they may be, are also fluid and fantastic. So even when you're not swinging, everything seems to work exceptionally well.

Straight off the page

As per our report earlier this month, I can confirm that the game aggressively commits to the comic-strip stylisation. For example, right before you even take control of Tarzan, the introductory cutscene throws you into some pre-Golden Age comic strips. This adds a wonderful of element of charm to the project, and will help assure long-time fans of the character that Stonepunk Studios & Fun Train hold as much affection for the King of the Jungle as they do.

Beat Saber is undoubtedly one of the most addictive PSVR games to date, and it’s easy to pick up and play right away regardless of your VR experience level.

However, this commitment to narrative style is evident in all facets of the game's design, sometimes making the end product feel a little limited by it. Each level is almost too linear, which isn't to be a complete surprise in a narrative VR adventure. But, still, it would be nice to be able to explore a little more.

However, Issue #1 also comes with access to "Tarzan's expansive treehouse and home island," which acts as a sort of freeplay mode, allowing you to swing, explore and test out mechanics. If you're feeling a bit frustrated by the lack of freedom in the story mode, this may be a good way to spend an hour or two.

Not only that, there are also puzzles to solve and collectables to find. The developers describe this as "almost a game within itself," which is almost exactly spot on.For all the fun I had between the island and the story mode, I can confidently say this adventure is well worth the price of admission.

Finally, this isn't like some episodic games where each instalment is a comprehensive mini-story in and of itself. If you're only planning shelling out for Issue #1, don't expect to know how Tarzan and Jane's story comes to an end.

Tarzan VR™ Issue #1 is definitely a charming and highly enjoyable experience, but I certainly consider it more of a taste of what is to come rather than a comprehensive experience in and of itself. However, between the flawless mechanics, the engaging adventure and one of the best free play modes I've seen in VR yet, Issue #1 is certainly worth the price of admission.

Issue #1 and #2 are available now, sold separately. Issue #3 is said to be "available soon" but had no date pegged just yet. Each new episode unlocks "NEW weapons, difficult obstacles, menacing enemies, and more surprises as the adventure continues."

Available from Steam, you'll need a PC VR headset like HTC Vive, Oculus Rift, or Valve Index. However, we have already heard that PS VR and Oculus releases have been hinted. Still no idea when they will come yet, though.And if you're looking for another swingin' VR experience, why not take a look at our review of Grapple Tournament VR?